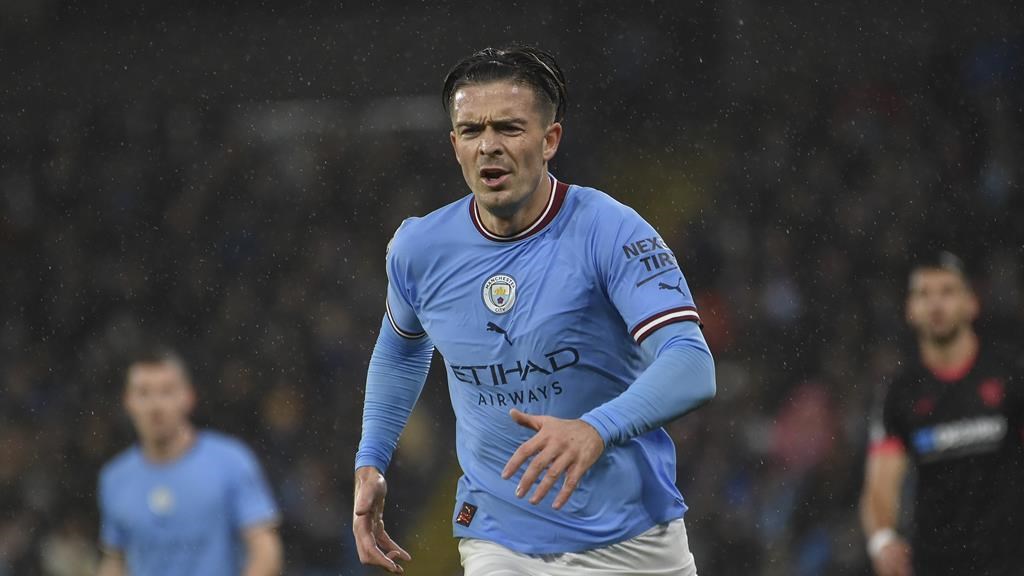 MANCHESTER, England (AP) — Julian Alvarez may never replicate Erling Haaland’s sheer goal-scoring power. But the Argentine showcased his value to Manchester City by scoring one goal and creating two more in a 3-1 win against Sevilla in the Champions League on Wednesday.

It earned him an embrace from manager Pep Guardiola and transformed what was threatening to be a frustrating night for a City team that trailed to Rafa Mir’s goal at halftime.

Alvarez’ quick-thinking set up 17-year-old Rico Lewis to equalize after the break and he fired City ahead when rounding Yassine Bounou.

The Argentine then laid off to Riyad Mahrez for City’s third of the night.

What ended up a comfortable win to round off Champions League Group G had looked like being anything other.

In the absence of the injured Haaland, City once again lacked a cutting edge in the first half.

Guardiola had seen his team toil to a 1-0 win against relegation-threatened Leicester over the weekend. Prior to that, it had played out a goalless draw against Borussia Dortmund when an unwell Haaland had only lasted until halftime.

A theme is emerging for the Premier League champions.

While it would be too much to suggest it is too reliant on its lethal center forward, the goals do not seem to flow so freely without him.

Alvarez was signed from River Plate to provide an alternative to Haaland — but he is a very different player, one who involves himself more in the build-up play and doesn’t present such an obvious target for his teammates.

He is more the type forward who would fit into Guardiola’s previous City teams — and at times it feels as if the players are having to re-learn those systems when Haaland is not available.

That would perhaps explain why it took until the second half for them find their fluidity in attack.

With City confirmed as group winner regardless of the result, Guardiola also took the opportunity to change his team, giving minutes emerging players like Cole Palmer and Lewis.

But that contributed to a subdued atmosphere from kickoff in the absence of so many of Guardiola’s key players.

Still City could have led through chances for Palmer, Ruben Diaz and Ilkay Gundogan before going behind to Mir’s goal after 31 minutes.

The striker had already forced one save from Stefan Ortega after shooting from a tight angle and looked like Sevilla’s greatest threat.

But City didn’t heed the warning, leaving him completely free when defending an Isco corner that was floated across the box.

Mir rose unchallenged to powerfully direct a header into the top corner.

Earlier, City’s best chance had fallen to Diaz from a Phil Foden free kick — but with the goal to aim at from close range, the center back could not get his shot on target.

City’s leveler came from an unlikely source in Lewis seven minutes into the second half.

The full-back charged into the area to meet Alvarez’s incisive pass and beat Bounou at the near post. Lewis — aged 17 years, 346 days — became the youngest player to score in his first start in the Champions League. Karim Benzema, at 17 years, 352 days, was the previous record-holder.

If the Sevilla goalkeeper was guilty of failing to cut down the angle for Lewis, he shot out a strong hand to deny Diaz when the defender headed powerfully from a Foden corner shortly after.

Guardiola sent for Kevin de Bruyne after 70 minutes and he quickly provided a decisive through-ball to Alvarez to fire City ahead on 73.

James Robson is at https://twitter.com/jamesalanrobson