Angry Sunwing travellers land in Winnipeg after days of cancellations

Angry Sunwing travellers land in Winnipeg after days of cancellations 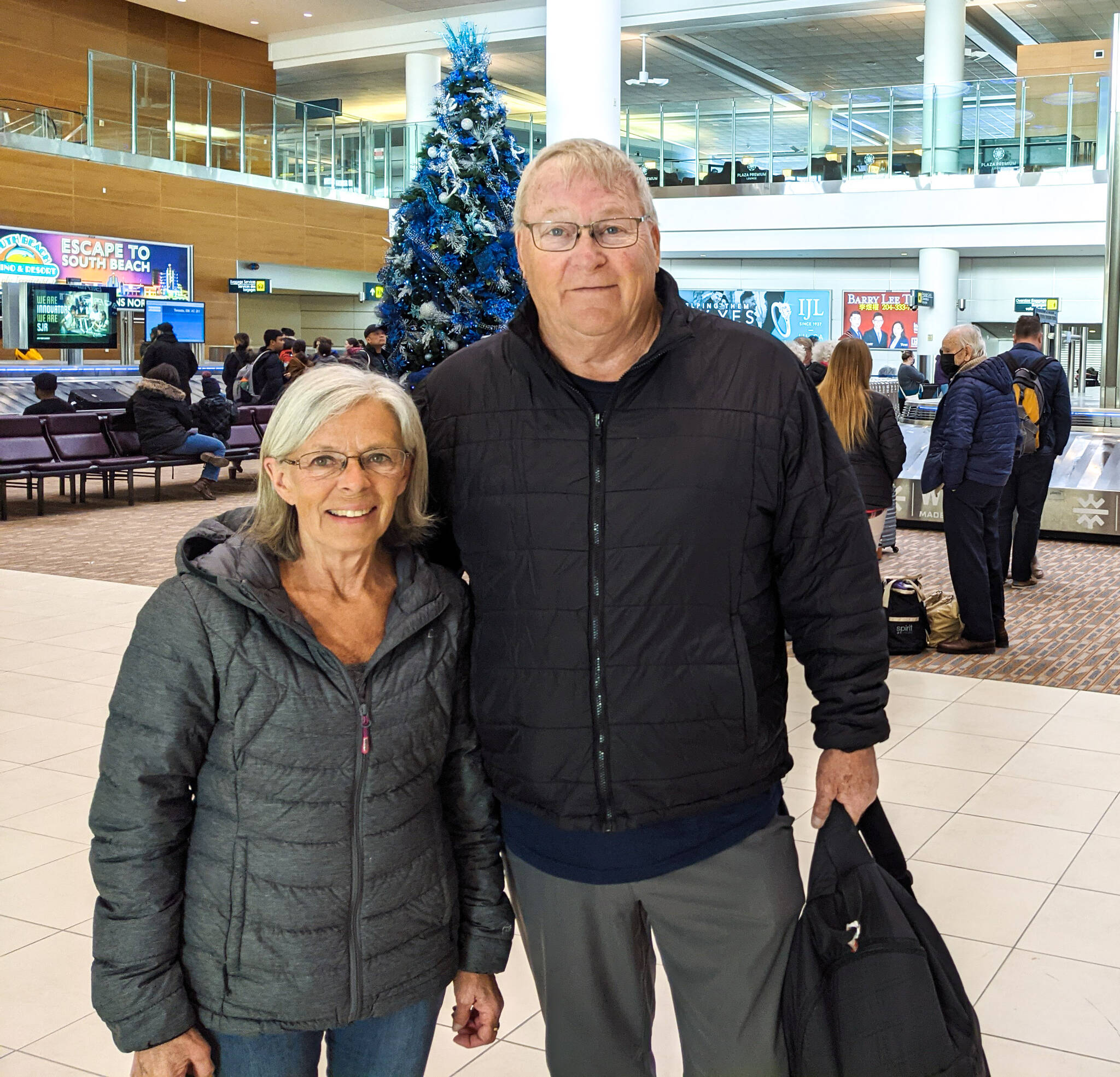 After being stranded in Cuba for five days, Sunwing Vacations customer Val Lechner didn’t want to take any chances when the company promised seats on an onward flight from Winnipeg.

Eager to get home and put the extended holiday behind her, Lechner and her boyfriend decided to rent a car at the airport — at their own expense — and drive six-plus hours to Regina on Monday.

“There have been so many times (Sunwing) said, ‘We’ve made arrangements, it’s all good,’” Lechner, 54, said in a phone interview. “Too many broken promises.”

Lechner is one of hundreds of Sunwing customers who were stuck at resorts in Mexico or the Caribbean, after winter storms in Canada led to widespread cancellations of flights to and from Canada over the holiday season.

On Monday, passengers continued to trickle in to Winnipeg’s Richardson International Airport as the airline continued to play catch up.

Sunwing said it hopes to operate its last remaining repatriation flights early this week. At least 43 flights had been scheduled up to Tuesday.

Customers who flew out of Regina and Saskatoon last month have to return home via Winnipeg because Sunwing suspended its operations in Saskatchewan until Feb. 4.

Lechner and her partner endured about eight flight delays or cancellations before finally returning home from Varadero, a beach resort on Cuba’s north coast.

“I went through ups and downs. I had a few breakdowns, just crying for a few minutes,” said Lechner. “After the last delay, I just started to cry. Like, how many times can they tell you you’re not going home?”

The couple’s trip began on the wrong foot when the outbound flight was delayed by one day to Dec. 22.

Lechner and her boyfriend were supposed to fly home Dec. 27, but they didn’t leave Cuba until New Year’s Day.

She said the five extra days in Cuba — covered by Sunwing — weren’t full of sunshine and relaxation. A lot of it was spent trying to get information and waiting around for flights that didn’t happen.

On New Year’s Eve, she said, the couple waited about seven hours in a hotel lobby expecting to be taken to the airport to board a plane that never arrived.

Saskatchewan residents who were on a recovery flight from Varadero to Winnipeg on Sunday were told they would be given a free hotel stay and complimentary tickets for WestJet flights to Regina or Saskatoon on Monday.

For reasons unknown, Lechner and her boyfriend’s names weren’t on lists held by hotel or airline staff, she said.

They paid $175 out of their own pocket for a room at a different hotel.

Lechner showed up at the airport early Monday to find out if they could get seats on one of the WestJet flights to Regina, but airline staff were busy helping other customers and a Sunwing representative wasn’t present.

“We decided that’s it, we’re going to rent a car,” said Lechner. “I just wanted to get home.”

Others from Saskatchewan did the same.

The car rental, insurance and a tank of gasoline cost Lechner and her partner about $340.

Lechner, who has no plans to fly with either airline in the immediate future, plans to submit compensation claims with Sunwing and her travel insurance provider.

Mardelle and Gwynn Williams of Melfort, Sask., had a somewhat smoother experience.

They were waiting for a WestJet flight to Saskatoon on Monday afternoon, after arriving in Winnipeg on a Sunwing recovery flight around 1:30 a.m.

The semi-retired couple, who booked a vacation package with direct flights between Saskatoon and Puerto Vallarta, Mexico, was supposed to fly home Dec. 30.

However, the return flight was cancelled.

The Williamses went to the airport in Puerto Vallarta for a rescheduled flight on New Year’s Eve.

They were informed the flight was cancelled and, after waiting until 10 p.m., were given a room at a different resort.

“I don’t think anybody was telling us the truth from the start,” Gwynn Williams, 72, said. “Don’t tell us there’s a plane at the airport and there isn’t.”

The couple stayed two extra nights on Sunwing’s dime before flying to Winnipeg, where the company provided a hotel room and tickets for the WestJet flight.

Mardelle Williams, 67, said her daughter’s family was scheduled to fly from Saskatoon to Cancun, Mexico, on Monday until Sunwing suspended operations in Saskatchewan.

Intent on going on a beach holiday in the dead of winter, the family drove almost seven hours to the airport in Minot, N.D., and then flew to Cancun via Minneapolis.

Toronto-based Sunwing and Calgary-based WestJet did not respond to requests for comment.

As a general assignment reporter, Chris covers a little bit of everything for the Free Press.