At 0-4 on the road, Curry and the Warriors aren’t panicking

At 0-4 on the road, Curry and the Warriors aren’t panicking 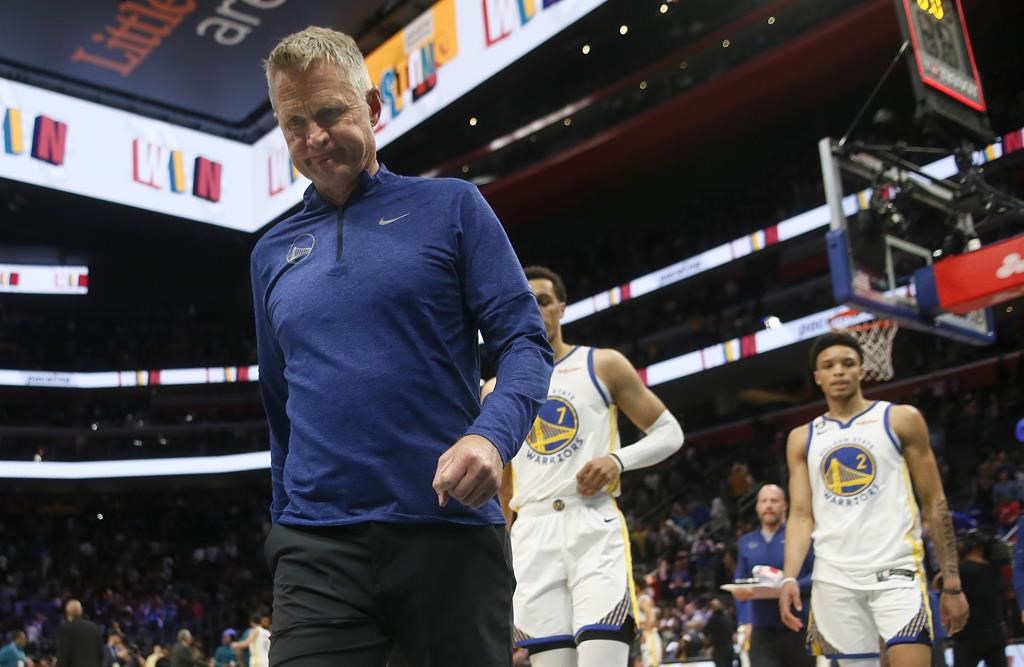 MIAMI (AP) — This is not uncharted territory for Stephen Curry. It’s close, though.

Until now, the last time the Warriors guard had played in four consecutive road losses was nearly a decade ago — Feb. 26 through March 2, 2013. He hadn’t made his playoff debut yet, was tied for 180th on the NBA’s all-time 3-point list and wouldn’t become an All-Star until a year later.

Translated: It was a long time ago.

This is where the defending champion Warriors are right now. A loss Tuesday night in Miami, despite a triple-double from Curry, dropped Golden State to 3-5 overall and 0-4 on the road. It’s too early to push the panic button, but it’s surely not the start Curry wanted or expected.

“I think the big picture is still, we are capable of being a team that’s contending for a championship,” said Curry, the NBA’s all-time 3-point leader and reigning NBA Finals MVP. “We have the talent to do it. We just have to have a little bit of patience but a sense of urgency at the same time. It’s weird. It’s a weird concept to try to explain, but I think having gone through this a couple times we know what to do.”

The Warriors might look the same as the team that hoisted the Larry O’Brien Trophy in Boston 4-1/2 months ago.

They’re not. At least, not yet.

But when the Warriors get into their bench, with a second unit that no longer features Gary Payton II or Otto Porter Jr., it has been a struggle. Plus-minus doesn’t always give an accurate picture, but the early numbers are alarming. Golden State’s best five-man unit so far — Curry, Thompson, Green, Wiggins and Kevon Looney — has outscored opponents by 58 points. Every other lineup, combined, has been outscored by 88 points.

“We’re still finding our way as a bench unit and still looking at combinations and learning a lot here in the early part of the season,” Warriors coach Steve Kerr said.

Like Curry, Kerr shows no signs of worry. A back-to-back awaits to end this five-game trip, with Golden State going to Orlando on Thursday and New Orleans on Friday. The defense will get better at some point. The bench will figure something out.

And road wins will come. The Warriors are always a huge draw, with fans everywhere they go, but Curry also notes that no opponent will ever make things easy when the reigning champions visit.

“There’s frustration because we have a standard,” Curry said. “There’s a little uneasiness, probably. When you have new guys playing big minutes and a different look, you always compare it to the year before. And that’s good because we have championship banners to show for it. But that uneasiness puts you in a position where you have to figure it out.”

Credit: At 0-4 on the road, Curry and the Warriors aren’t panicking