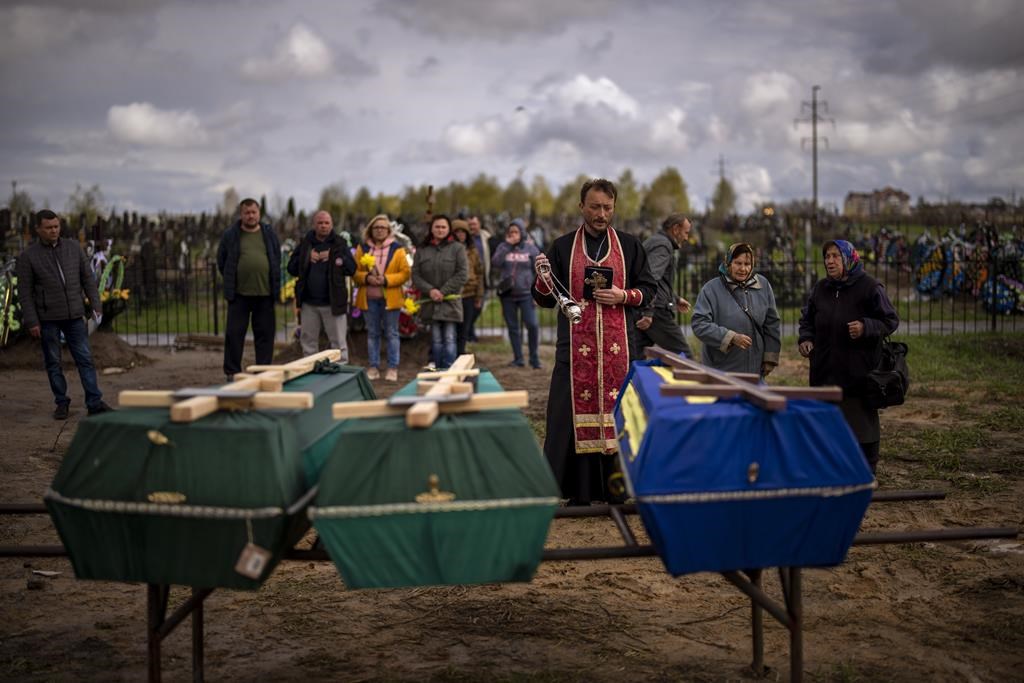 OTTAWA – The Canadian government is imposing sanctions on dozens of Russian military officers whose troops are accused of committing atrocities against Ukrainian civilians.

Canada is also adding 17 Russian companies and entities to its sanctions list for supporting the invasion of Ukraine.

Most of the individuals added to the list are Russian military officers sanctioned by the European Union in June for their troops’ actions in Bucha.

Russian troops are accused of having raped, tortured and killed hundreds of Ukrainian civilians in the city on the outskirts of Kyiv during the first months of their invasion.

The International Criminal Court is investigating alleged war crimes and crimes against humanity by Russian troops, who withdrew from the area in March.

This report by The Canadian Press was first published Aug. 2, 2022.