Cavs’ Garland back after missing 5 games with eye injury

Cavs’ Garland back after missing 5 games with eye injury 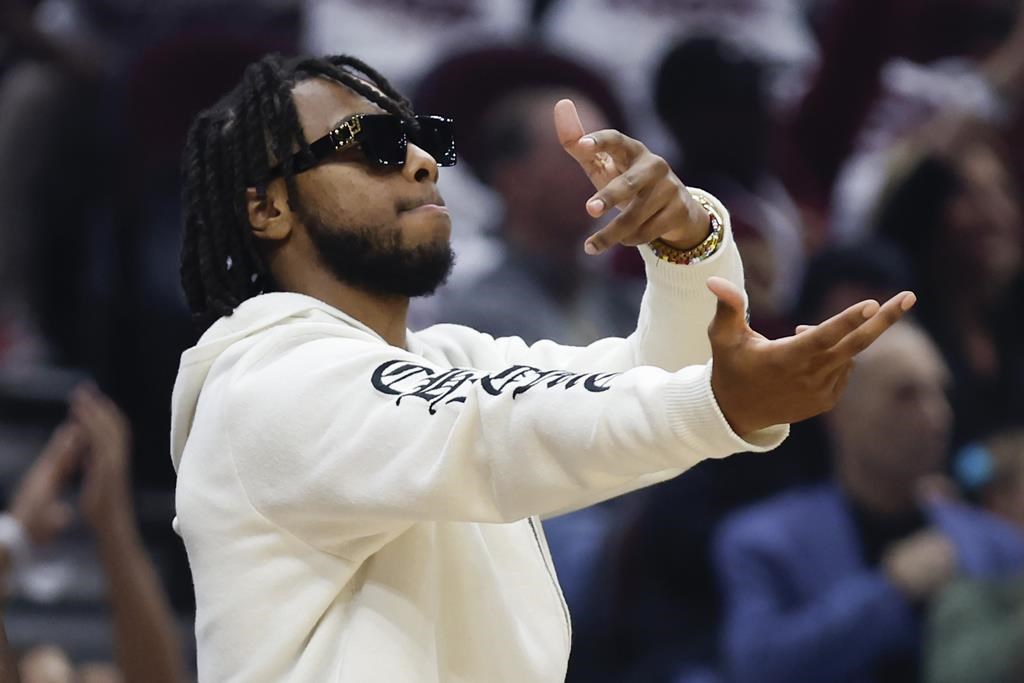 CLEVELAND (AP) — Cavaliers All-Star point guard Darius Garland is back in the starting lineup after missing five games with a left eye injury and will play Wednesday night in Cleveland’s game against the Boston Celtics.

Garland had been out since Oct. 19, when he was inadvertently scratched in the season opener at Toronto. The 22-year-old sustained a cut under his eyelid.

Coach J.B. Bickerstaff said Garland will play without protective eyewear. He had worn a pair of goggles while working out.

“He’s going to play without the goggles,” Bickerstaff said. “The medical staff, and talking to doctors, everything from an eyeball perspective is healthy, so he would be at the same amount of risk as everybody else.”

The Cavs initially thought Garland would only miss a couple games, but excessive swelling in his eyelid limited his peripheral vision. He had his first full-contact practice on Tuesday, the final hurdle before being cleared by team doctors.

Bickerstaff said Garland will likely play “shorter stints” against the Celtics, so he’ll be fresh for the fourth quarter.

Cleveland went 5-0 while Garland was sidelined as All-Star Donovan Mitchell slid over from his shooting guard spot to play the point.

Garland and the rest of the Cavs are still getting used to playing with Mitchell, who was acquired during blockbuster trade this summer.

Garland blossomed into one of the NBA’s best young point guards last season, averaging 21.7 points and 8.6 assists in 68 games while helping the Cavs improve their win total by 22 games from the previous season.

Credit: Cavs’ Garland back after missing 5 games with eye injury