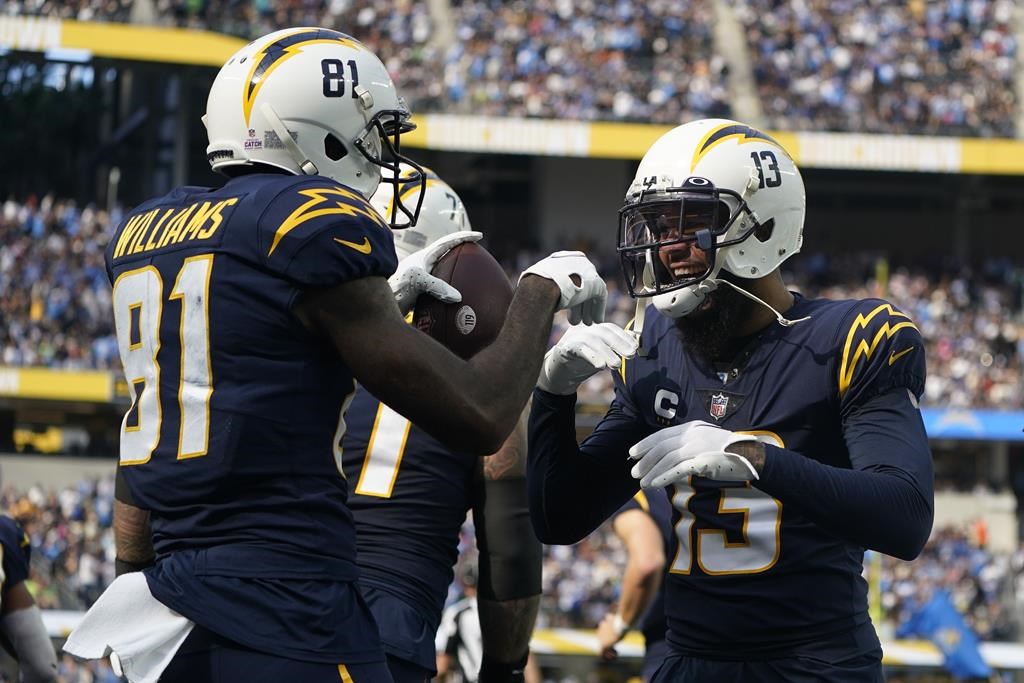 COSTA MESA, Calif. (AP) — Players usually return from the bye week refreshed or feeling confident about their bodies after getting extra time to rest.

For Keenan Allen, though, the time off ended up more frustrating.

The Los Angeles Chargers receiver said he had a setback with his injured hamstring while running during a training session last week. Allen did not practice on Wednesday, and his status for Sunday’s game at Atlanta is questionable.

“I don’t think it was a re-strain or anything. Just some more scar tissue is trying to break off,” Allen said. “Whenever it’s ready to heal, just let it do its own thing.”

Coach Brandon Staley wasn’t ready to call it a setback, but said the hamstring had not responded the way they had hoped.

“Our goal is to get him feeling like himself again, and we’re not there yet,” Staley said. “It’s just in a tricky spot. This injury can do that, at times, and that’s what it’s doing. It requires all of our patience — at the forefront, his patience. It’s testing his patience, but we’re going to make sure that he keeps progressing.”

Allen has played in only two games this season. He had four receptions for 66 yards in the Sept. 11 opener against the Raiders before injuring the hamstring in the second quarter.

Allen missed the next five games before seeing limited action on Oct. 23 against Seattle. He played 23 first-half snaps against the Seahawks and finished with two catches for 11 yards.

“I felt great. It wasn’t like training camp,” said Allen on how he felt during the game. “I definitely felt ready to play.”

The Chargers could be without their top three receivers on Sunday. Mike Williams is out because of an ankle injury, and Joshua Palmer is questionable coming out of the concussion protocol.

With injuries impacting the receiver group all season, Austin Ekeler leads NFL running backs with 53 receptions. It is only the third time a running back has at least 50 catches through his team’s first seven games.

Tight end Gerald Everett is third on the team with 27 catches for 305 yards and two touchdowns.

Despite the injuries, the Chargers are 4-3 as they begin a stretch where four of their next five games are on the road.

“We’ll be confident with whoever goes out there that is dressed. We’re going to have to put a good game plan together with the guys out there,” Staley said.