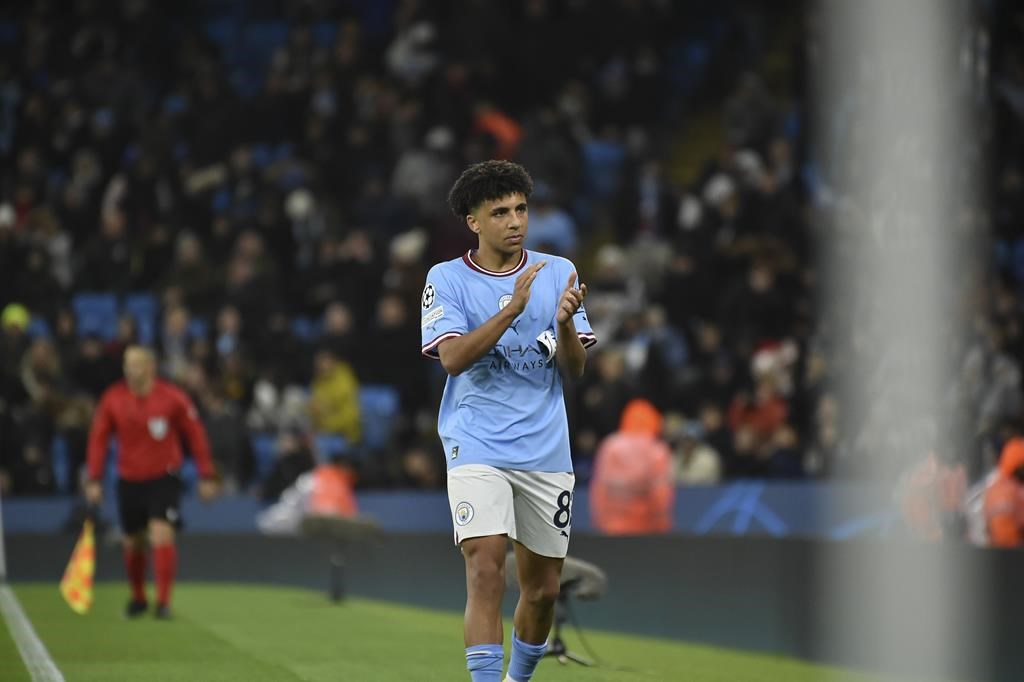 MANCHESTER, England (AP) — Manchester City teenager Rico Lewis had to earn his start against Sevilla, and he made the most of it.

The full-back became the youngest player in Champions League history to score in his first start in the competition.

Aged 17 years, 346 days, Lewis beat the record set by Ballon d’Or holder Karim Benzema. The Real Madrid striker was 17 years, 352 days when he scored for Lyon against Rosenborg in 2005.

Lewis was a surprise starter against Sevilla.

His goal, seven minutes into the second half, leveled the score after Rafa Mir had fired the visiting team ahead. City won 3-1.

It was Lewis’ fifth senior appearance and his first start.

“We don’t give presents here, he had to earn it,” City manager Pep Guardiola said. “We’ve seen it since the day he played against Bayern Munich in preseason. We felt he had something special.”

Guardiola also praised Lewis for his desire to fight for his place in the first team in the face of such fierce competition, given the array of world class talent in City’s squad.

Previous academy graduates like Jadon Sancho and Brahim Diaz have opted to leave to go in search of regular game time.

“The guys who want to stay and fight will have chance,” Guardiola said. “If they are not patient and listen to agents they can leave, but you saw the reaction from crowd, how they feel about having people from the academy playing for us. And they have quality.”

Barcelona’s Ansu Fati is the youngest player to score in the Champions League, aged 17 years, 40 days in a 2-1 win against Inter Milan in 2019.

James Robson is at https://twitter.com/jamesalanrobson