Ehlers on verge of return

Ehlers on verge of return 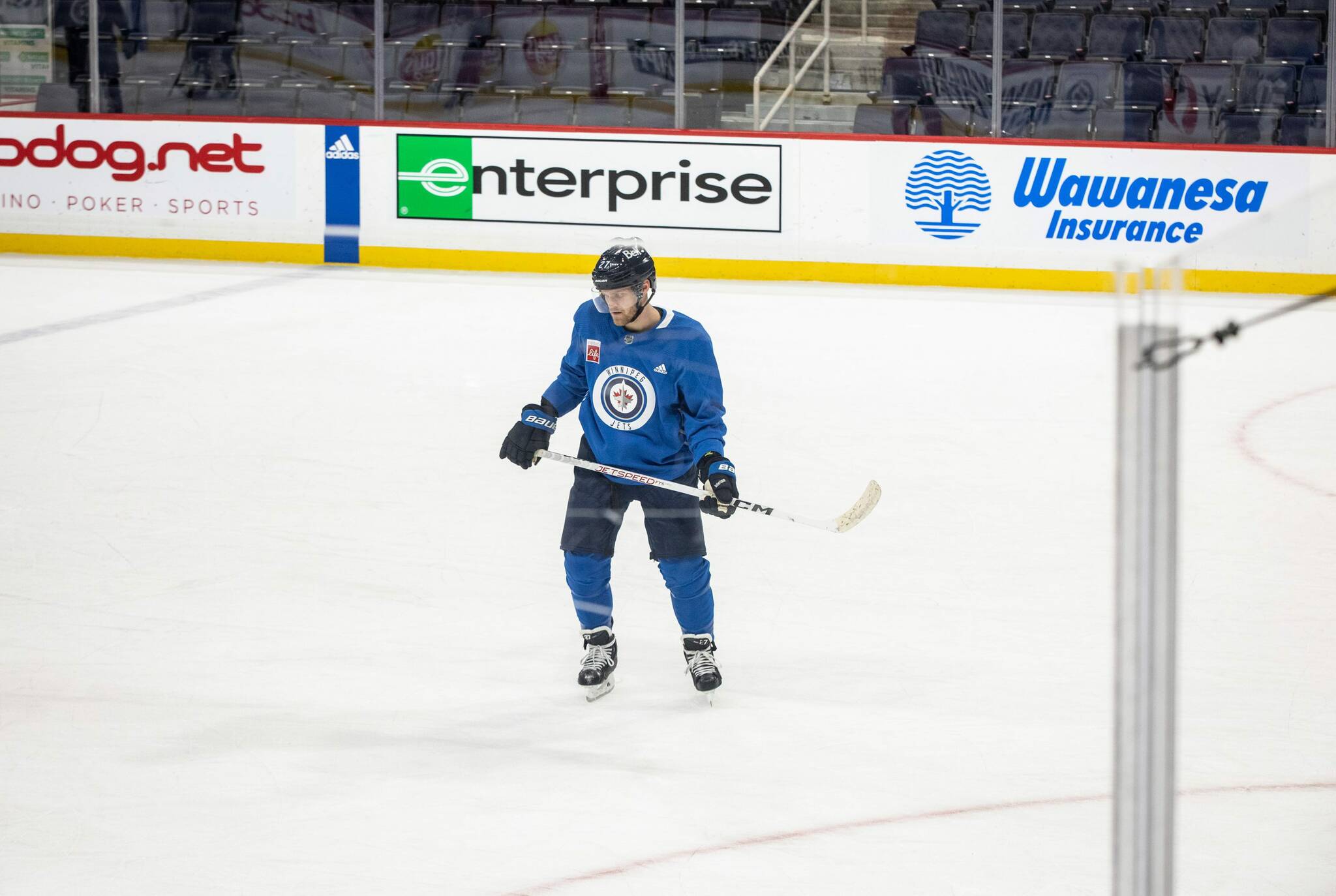 What a way it would be for Nikolaj Ehlers to break in the new year.

On Monday, Ehlers, the Winnipeg Jets’ star forward, practised without limitations for the first time since Oct. 18.

His participation while donning a bright blue jersey — which head coach Rick Bowness confirmed meant he was close to playing — was a beaming ray of hope for the 26-year-old forward, who has been sidelined since the second game of the season with a sports hernia that required surgery.

“It feels good to be out there with the guys, I feel a little bit closer to the team again and a little bit more on the same page as them,” Ehlers said following the Jets skate at Canada Life Centre.

“I still feel (the effects of the injury). But I feel a lot better and I can skate now, which I couldn’t do before. So I feel good, it’s been getting a lot better, so I just got to take care of it.”

Ehlers didn’t sugar-coat it: the last 11 weeks in the press box have sucked. After a month of uncertainty around the severity of his injury, he elected to go under the knife, effectively derailing his season for another six weeks.

“It has been sh—-y,” he said. “But it is what it is. I have a pretty good support systems around me with my teammates and family, and the trainers have been taking really good care of me, so I feel good.

“I think the first five and a half weeks before the surgery, was probably the hardest because you didn’t have a timeline. You felt it getting better but it was still there, and then you tried skating and it felt fine. But it felt the same as that second game I played. So I knew it wasn’t really getting anywhere and I think just being in that waiting time, where you just have no idea what’s going to happen, was, mentally, not fun. So deciding on the surgery and then getting a timeline from there, changed the whole mentality.”

Monday was the Jets’ first skate of 2023, one day before the club welcomes the Calgary Flames (18-13-7) to Canada Life Centre. Tuesday will be the second time the Canadian squads face off this season, the Flames beating the Jets 3-2 on Nov. 12 at the Saddledome.

Bowness hinted it’s possible the team will give Ehlers another chance to practise before possibly making a return against the Tampa Bay Lightning on Friday, but didn’t rule out the possibility of him suiting up Tuesday.

“There’s a lot of game-time decisions… not even game-time (but) tomorrow morning decisions,” the bench boss said. “We have to see how all of them recover today, see how they feel. They’ll be re-evaluated tomorrow.”

Ehlers smiled and teased about his chances of suiting up for the calendar year’s opener.

Defenceman Nate Schmidt joins Ehlers and Cole Perfetti (upper body) among those who practised fully on Monday and will be re-evaluated on the potential of playing, at the morning skate. Schmidt suffered an upper-body injury that also sent him into concussion protocol after soaking a big hit from Nashville Predators forward Tanner Jeannot on Dec. 15.

“It feels like I’ve been gone forever but it’s only been two weeks,” Schmidt said. “It’s fun to be back out and just yukking it up with the fellas, not just going out for the red dragon skate. It’s nice to have the guys back together.

The perpetually-lighthearted blue-liner said “it would be awesome” to return to the lineup sometime this week, but that it’s Bowness’ call.

Schmidt has watched his team trudge through a season that has seen hurdle after hurdle with a slew of short and long-term injuries. The fact the team sits in fourth place in the Western Conference (23-13-1) entering the second half of the campaign, he alluded to, is nothing short of impressive.

“I was in here walking by when (Blake Wheeler) came in. I was just like, ‘Oh man not another one,” he said. “I commend our guys for being able the last couple of weeks, to grind through this. We’re starting to get guys back in and back in practised which is always good. You see our team, how much more fun it is to have a huge group around. We don’t ever practice that much anymore because we haven’t had time to.”

“You felt this from day one,” Ehlers added. “There was just a different vibe and when you got out on the ice, it was different. Everything was just different. And you were hoping it was going to lead to something like this where you got a team that gels so well together, that plays for each other, and we’re doing that right now. So looking from the outside, that’s exciting. With the injured guys getting back, that’s even more exciting. Hats off to all these guys that have come in and stepped up with all the injured guys being out. That just goes to show we’re a different team, we have a different mentality this year and it’s exciting.”

While the Jets haven’t been the dominant bunch that put the league on notice to start the year — nor would many blame them with their number of injuries — they have demonstrated their grit and resilience while icing a lineup that is largely made up of players who started the season in the American Hockey League.

Joshua Frey-Sam happily welcomes a spirited sports debate any day of the week.

Credit: Ehlers on verge of return