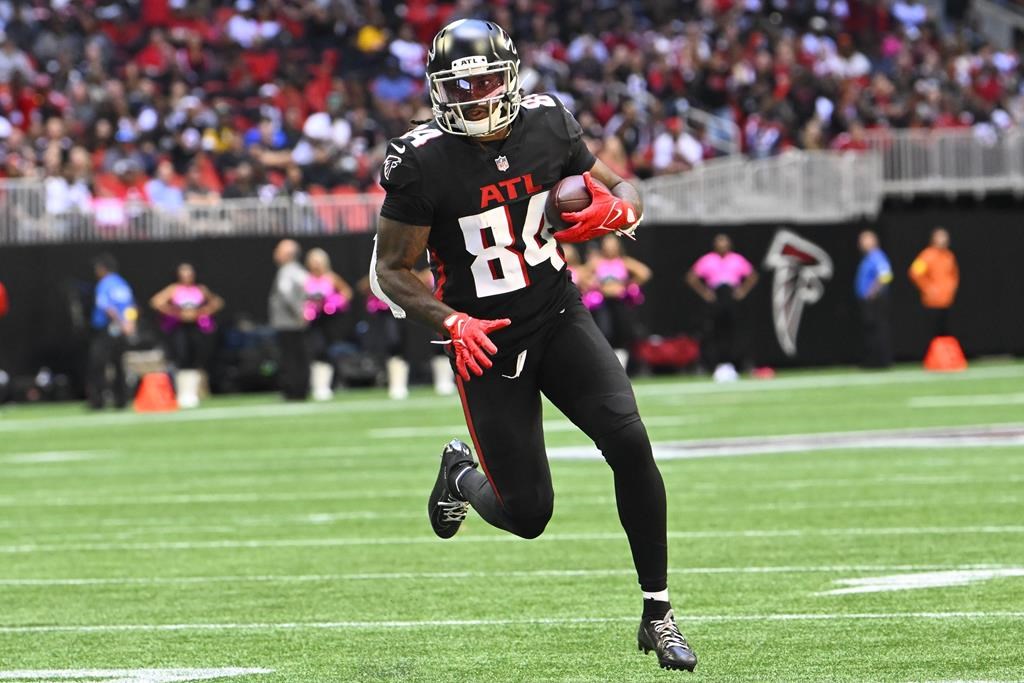 The Falcons designated Patterson to return from injured reserve, opening the 21-day window where he can practice before joining the active roster.

If he has a good week of practice, Patterson could return as soon as Sunday’s game against the Los Angeles Chargers.

Patterson’s return to practice came nine days after he posted a video on his Twitter account of him running with a weight. He posted the message “1 step closer!!!!” with the video.

Falcons coach Arthur Smith has indicated he expects Patterson to return early in his window of eligibility following what Smith described as a minor procedure.

Patterson opened the season as Atlanta’s starter and ran for 340 yards and three touchdowns in four games before landing on injured reserve. He ran for 120 yards in Atlanta’s opening loss to New Orleans and had 141 yards two weeks later in a win over Seattle.

Rookie Tyler Allgeier and Caleb Huntley have shared the lead role the past four weeks.

The Falcons remained committed to their run-first philosophy even after Patterson’s injury. They rank second in the NFL with 268 carries, behind the Chicago Bears’ 285. Atlanta ranks fifth with 1,265 rushing yards.