From Brandon to Bosnia

From Brandon to Bosnia 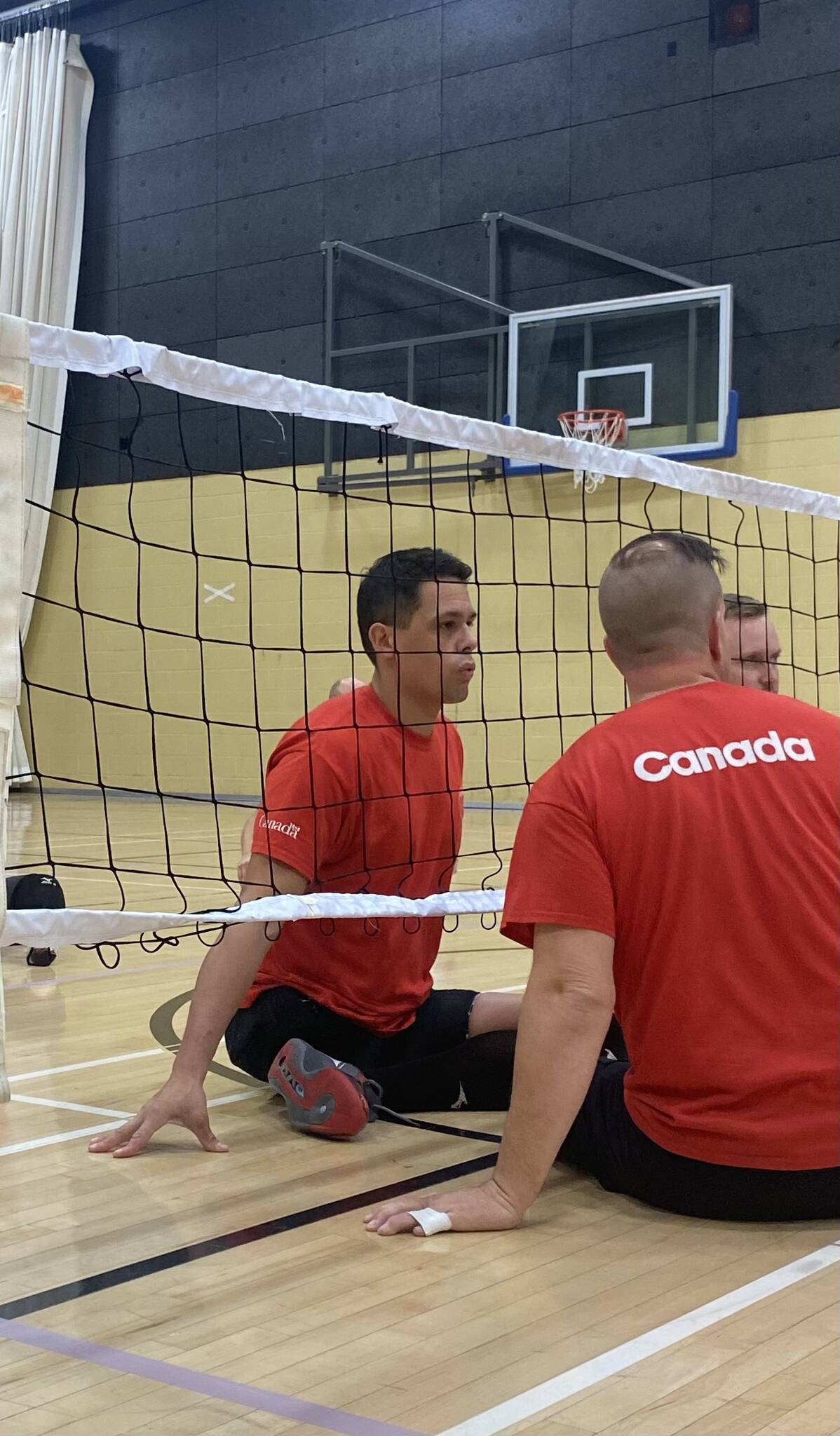 BRANDON — The collision took more from Chris Bird than his right leg.

As far as the Brandonite could tell, his days as an athlete ended at age 15 in his friend Tyler Whitecloud’s Jeep when they rolled on the Trans-Canada Highway.

Both young men were ejected. Neither was wearing a seatbelt. Whitecloud did not survive.

Bird was rushed to hospital in serious condition. He regained consciousness two weeks later, his right leg amputated at the hip.

He had survived but his days as an athlete were over, or so he thought. No more soccer, no more hockey.

Yet, the now-37-year-old finds himself in Bosnia, of all places, set to wear Canadian colours at the World ParaVolley Sitting Volleyball Championships, which debut Friday.

He wasn’t destined for national team success in any sport before, but the years of adjusting to life as an amputee revealed the power sport has in improving every facet of one’s life.

Bird didn’t transition immediately to adaptive sport after his surgery. He wasn’t active at all for the first few years.

When he got his graduation photos back and realized he’d gained a considerable amount of weight, he started working out in his parents’ basement as he wasn’t comfortable with people staring at him at public gyms.

Then, a friend told him about recreational sledge hockey taking place in Winnipeg. He didn’t know the game existed but hopped on a sledge, grabbed a pair of hockey sticks with metal teeth on the bottom to manoeuvre around the ice and gave it a shot.

Bird realized he was far from alone.

“There’s all these other people who were maybe born like this or involved in an accident and they were just going on with their life,” Bird said recently. “Now they have the ability to play sports because of adaptive sport.

“I latched onto sledge hockey and it was all I wanted to do. I loved it so much and now it’s the same thing I get with volleyball.”

Still, Bird wouldn’t have expected to be where he is today. He didn’t play volleyball before the life-altering collision, but Volleyball Canada caught wind of his 6-4 frame and athletic ability and invited him to a camp in 2012.

Bird watched a few YouTube videos and figured it’d be easy. It’s six players on a six-metre wide, five-metre long half of the court. Most of them are missing part of one leg, and they have to keep part of their torso on the ground at all times during a point.

It can’t be that hard, right?

“I was completely useless,” Bird said. “Couldn’t even pass a ball, nor even move to where the ball is in time.”

To his surprise, the coaching staff were either less critical than his bleak self-assessment or saw a ton of potential in him as a 6-4 outside hitter.

They offered Bird a spot, he accepted and has been on the team for a decade. Not only did the training court become one of his favourite places, but it was also where he regained a sense of identity and reframed his disability as less of a hindrance.

“I really got to know these guys and realized, sure, they’ve lost a limb but we’re all on the court equal,” Bird said.

“But then after, in the change room, they slip on their prosthetic and go about their day and don’t really focus on it so much as I had been in the past.”

The team trains together five days each month with expectations that players work out back home the rest of the time. The roster has one player from British Columbia, four Albertans, four Ontarians, one Quebecer and Bird, the lone Manitoban.

He’s in a good spot to develop his game, though, with Assiniboine Community College coach Joel Small and Brandon University bench boss Grant Wilson available to help. Bird and former Team Canada libero Brad Hunter logged plenty of hours in the summertime with the Bobcats, who came early for their open-gym sessions and dropped the net down from 2.43 to 1.15 metres and trained with the sitting duo.

“It was a tremendous experience for all of us… they could not believe how difficult it was to play seated volleyball,” Wilson said. “So much respect for Chris and Brad and how much work they put in on their own time to try to get to a level they need to help our country succeed.”

Wilson, who spent a month with a couple of Volleyball Canada’s men’s teams this summer, saw a lot of qualities he likes in Bird.

“He’s a big, physical guy. Even though it’s seated volleyball, you can still have a physical presence at the net and he has that,” Wilson said. “The big thing about him is he was always asking questions and very coachable. He was always looking to find ways to improve and get better and he definitely did that over the course of the short time we saw him.”

Bird certainly doesn’t take the time off for granted. He’s an accountant at MNP in the Wheat City and naturally piles up overtime during tax season from January to April. He misses a couple of training weeks during that time but uses banked time and some vacation days to travel for the rest of the year.

He said MNP and his colleagues have been supportive from Day 1.

“They know it’s important to me, they recognize it, that it drives me,” Bird said.

Canada’s motivated to exceed expectations and reach the quarterfinals at the 16-team tournament. The No. 13-ranked country in the world drew No. 4 Brazil, No. 8 Germany and No. 16 Poland in its pool. The teams play one match a day, with the top two moving to the championship bracket and the bottom two falling to the consolation side.

Bird said the team essentially has four locked-in starters, and he’s among the next four vying for the other two spots.

“This is going to be the strongest teams in the world that I’ve only had opportunities to compete against here and there,” Bird said. “We’re going to see them in one shot now so I’m very excited.”

“At first, there was a lot of nervousness because over the last few years we’ve had plans to travel internationally and those plans were cancelled last minute. Now that it’s settled and it’s real, we’ve been preparing for the last few months. Everybody’s excited and we’re all firing at high gear.”

Credit: From Brandon to Bosnia