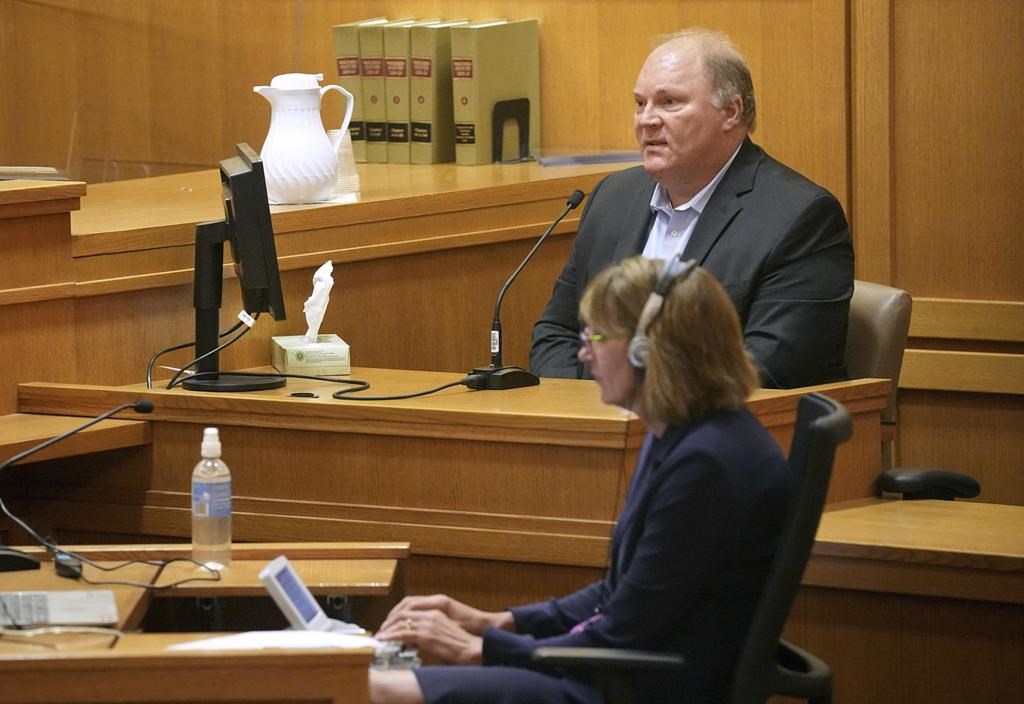 MADISON, Wis. (AP) — The special investigator hired by Republicans in Wisconsin to review the 2020 election told lawmakers in March that they should consider decertifying President Joe Biden’s win, but later said in a private memo made public Tuesday that such a move would be a “practical impossibility.”

Former Wisconsin Supreme Court Justice Michael Gableman was hired by Republican Assembly Speaker Robin Vos in June 2021 to investigate Donald Trump’s loss in Wisconsin. Vos hired Gableman under intense pressure from Trump and others who falsely believe the election was stolen from the former president.

Gableman’s interim report, released March 1, said lawmakers should “take a very hard look” at decertifying Biden’s win by pulling back Wisconsin’s 10 Electoral College votes. Vos and other Republican leaders, backed by a wide array of legal experts, have said such a move was unconstitutional and would not be pursued.

It turns out, Gableman himself wrote to Vos two weeks after he issued his report to say that decertification was impossible.

“While decertification of the 2020 presidential election is theoretically possible, it is unprecedented and raises numerous substantial constitutional issues that would be difficult to resolve. Thus, the legal obstacles to its accomplishment render such an outcome a practical impossibility,” Gableman wrote to Vos on March 16.

Gableman further predicted that the issue would be “tied up in the court for years and will virtually paralyze the Legislature in terms of all other business and there is no possibility that anything will be achieved other than a de facto full employment program for election law lawyers.”

The email was obtained by the liberal watchdog group American Oversight under Wisconsin’s open records law and provided by the group to The Associated Press. The Washington Post first reported on the memo Tuesday.

Vos and Gableman have not returned messages seeking comment.

Gableman’s view, as laid out in the memo, contrasted with what he was saying publicly and in the report about decertification. But his attorney, James Bopp, took a similar position as Gableman when he spoke to lawmakers eight days after the memo was written, calling decertification “pointless.”

Biden beat Trump by nearly 21,000 votes in Wisconsin, an outcome that has withstood two partial recounts, multiple lawsuits, a nonpartisan audit and a review by a conservative law firm. Even Gableman’s own report didn’t turn up evidence to overturn Biden’s win.

Gableman’s review has cost taxpayers more than $1.1 million. In the past week, two different judges have awarded attorneys for American Oversight about $260,000 in legal fees in open records cases they have brought and won against Gableman and Vos.

Vos put the Gableman review on hold in May, pending the outcome of those and other lawsuits, including one filed by Democratic Attorney General Josh Kaul seeking to stop elections officials from having to provide testimony in private to Gableman.

Decertification talk has not gone away in Wisconsin, fueled in large part by Trump who has kept up his pressure on Vos to do it. Vos has repeatedly said he won’t. State Rep. Tim Ramthun, who is running for governor, is pushing for decertification and supported by state Rep. Janel Brandtjen, who chairs the Assembly’s Elections Committee.

Ramthun is circulating a resolution calling on the Legislature to pull back the electoral votes, but he delayed introducing it for three weeks after he only got two co-sponsors.

Trump’s endorsed candidate for governor, construction company co-owner Tim Michels, on Monday night was asked if he would pursue decertification. After previously saying it wasn’t a priority, Michels said he would look at all the evidence of what happened in the 2020 election and “everything will be on the table.”

Former Lt. Gov. Rebecca Kleefisch, who polls show is running close to Michels, said she would not pursue decertification because “it’s not constitutionally possible.”

The winner of the primary will face Democratic Gov. Tony Evers, who has vetoed several GOP measures designed to make it harder to vote absentee.

Vos is being challenged in the Aug. 9 primary by Adam Steen, who supports decertification. Trump, who will be in Wisconsin on Friday, said on Sunday that he is “seriously thinking” of endorsing Steen in the race.