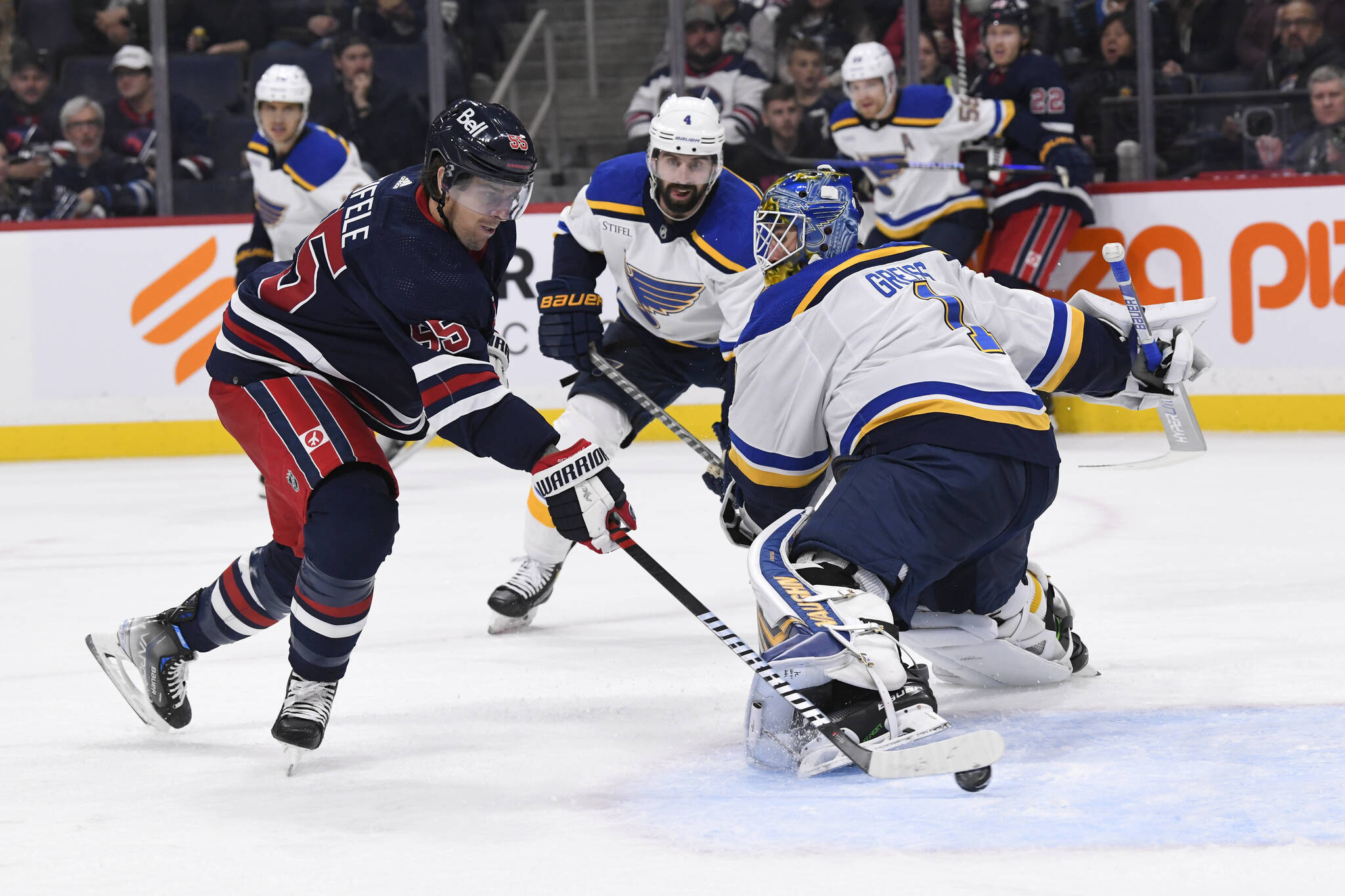 When Winnipeg Jets general Kevin Cheveldayoff met with his players at the end of last season, one of the common things he heard was a desire for more accountability from the yet-to-be hired new coaching staff.

They’ve got it now, with bench boss Rick Bowness certainly not afraid to call a spade a spade. Just look at the way he publicly shredded his group earlier this week, despite a 5-3-1 start that had them in a share of first place in the Central Division. Bowness, who missed eight of the first nine games while recovering from COVID, spoke at length about the need for more passion and emotion, more structure and detail — even going so far as to suggest his group had just one solid outing under their belts so far.

So is it a case of be careful what you wish for? Not according to some of the team’s veteran leaders.

“It’s accurate,” alternate captain Mark Scheifele said Wednesday of Bowness’ no-holds-barred assessment. “That’s what coaches are for, to re-watch the game and re-evaluate and see where we can get better. You want your coaches to hold you to that standard and not be happy with getting points when you can. Obviously, that’s great, but you want coaches to push you for more and challenge you and help you along the way.”

Scheifele is on record as expressing displeasure at some of the messaging that came his way from longtime coach Paul Maurice, who stepped down last December and was replaced on an interim basis by Dave Lowry. The 29-year-old, who is off to a strong start this year with a team-leading six goals through nine games, has repeatedly praised Bowness for making it clear where everyone stands.

“I think it’s great. We’re all in this together. It’s not, ‘This is what it is, go do it because I said so’. It’s a conversation, what is everyone feeling? You don’t know what the problem is until you ask, and I think Bones has been great about that since he got hired,” said Scheifele.

“He wants to know what the problem is, he wants to know what is going on and what is happening. I think that is what we all want. We want our voices heard. We want to be challenged. We want to be taught. We want all of that stuff. That’s what these coaches have done a great job at and we got to continue to push each and every day, whether we are winning or we’re losing. We have to continue to push together and as individuals. That’s what makes good hockey teams.”

“You want your coaches to hold you to that standard and not be happy with getting points when you can. Obviously, that’s great, but you want coaches to push you for more and challenge you and help you along the way.”–Mark Scheifele

The Jets, who managed to go 2-0-1 on their last road trip despite being soundly outplayed for large stretches, will try to put together a more consistent effort when they open a three-game homestand on Thursday night against the Montreal Canadiens. (7 p.m., TSN2, TSN3). Visits from the Chicago Blackhawks (Saturday afternoon) and Dallas Stars (Tuesday evening) will follow.

“I think we’d be kidding ourselves if we said we were satisfied,” alternate captain Adam Lowry said following Wednesday’s practice at Bell MTS Iceplex, where plenty of intense battle drills were on the menu for a second straight day.

“I think you might be happy being able to get those results but we gave up almost 50 shots in two games. There’s a higher standard we expect out of ourselves. So obviously, (we’re) pleased to get five of six. Anytime you can bank points when you’re not playing your best, it’s huge. (Goalies Connor Hellebuyck and David Rittich) both played amazing that trip but I think we all know that there’s more. There’s more in every facet of our game.”

Bowness was asked Wednesday about being such a straight-shooter with his players and the media, joking that “I’m not smart enough to do anything else.”

Bowness singled out his fourth line — Axel Jonsson-Fjallby, David Gustafsson and Saku Maenalanen — as the trio that has got the engine going in recent games. Now the trick is to get everyone else hitting the gas pedal at the same time.

“They’re doing the role we need them to do. They’re giving us quality minutes. When things aren’t going well, it’s that line that you notice is getting that game turned around because they’re keeping it simple and they’re playing the way we need them to play,” said Bowness.

“When we’re showing a lot of the video about how we want to play, it’s the fourth line we’re seeing a lot of. We’ve got to get — and I’ve said this before — we’ve got to get all of the lines looking the same without the puck. They all have different skill sets and different speeds and everything else. But when they get it, they have the green light to use those skill sets. But when we don’t have it, we’ve got to look the same, every line, from the first line to the fourth line, has to work hard hard in fivesomes to get the puck back and then the skill set takes over.”

“When things aren’t going well, it’s that line that you notice is getting that game turned around because they’re keeping it simple and they’re playing the way we need them to play.”–Rick Bowness on Jets’ fourth line

The Jets will be without dynamic winger Nikolaj Ehlers for an eighth straight game as he deals with a nagging lower-body injury that prompted another visit to a doctor on Wednesday. There remains no timetable for his return. Forward Morgan Barron is also expected out for the Habs game as he is suffering from an upper-body ailment and defenceman Logan Stanley has been placed on injured reserve with a fractured foot.

Blake Wheeler, Pierre-Luc Dubois, Mason Appleton and Josh Morrissey also missed practice for what Bowness called “maintenance” but are expected to play. One of Jansen Harkins or Dominic Toninato will take Barron’s spot.

“I would expect us to come out of the gates hard,” said Bowness, who wants his team to get out of the mindset that Hellebuyck will hold down the fort until they can get up to speed in games.

“The games we’ve played that we’ve come out of the gate really strong, like the Rangers and St. Louis, that’s how we want to play. We don’t want to go into a game thinking we’re going to take our time and Connor will bail us out. That’s the exact opposite of how we want to play. We want to play the game on our toes. I hate when we’re on our heels. It drives me crazy. It has to be more of an aggressive mindset when the puck drops. It’s not a reaction. You’re prepared for that. You’re not reacting to the flow of the game. That’s not how we want to play.”