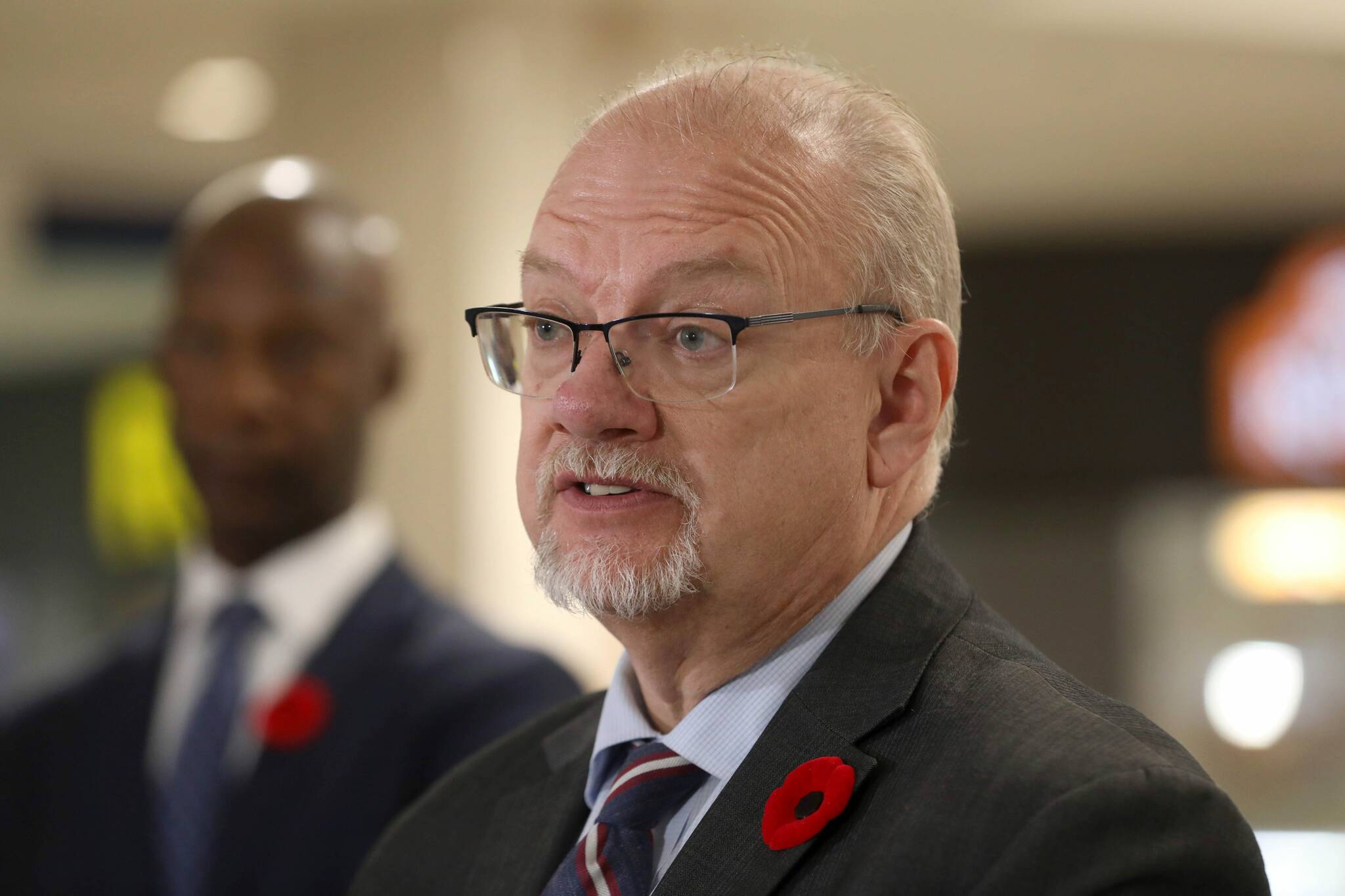 Manitoba’s justice minister decried the violent response to RCMP officers who broke up an out-of-control house party in East St. Paul, citing it as an example of increasing attacks on, and loss of respect for, law enforcement.

Kelvin Goertzen said Wednesday he is “very concerned” about the trend, with Winnipeg Police Service data showing a rise in the number of incidents in which charges were laid for alleged assaults on its officers.

“It’s the same reaction I’ve had over the last, particularly the last several months, where we seen growing, increased propensity of violence against law enforcement officers,” Goertzen said about Saturday night’s incident. “We have to remember (officers) are individuals who are part of our community. They’re not separate from our community.

“We sometimes look at law enforcement and we go, ‘Well, they’re separate from everybody else.’ They’re shopping at Costco, they’re out coaching our kids.”

On Saturday, RCMP officers reported being swarmed by 70 intoxicated teens who spat on them, screamed racial slurs at them and severely damaged two cruiser cars, including by jumping on the roof of one.

Goertzen noted recent attacks such as the fatal shooting of two South Simcoe Police officers in Innisfil, Ont., and the fatal stabbing of an RCMP officer in Burnaby, B.C.

“They have a unique job, but they’re part of us,” he said about police officers. “We need to respect them. I do worry about the loss of respect for law enforcement that I’ve seen over the last few years.

“I think part of that (loss of) respect is because we’re seeing them as something they’re not.”

Assaults against Winnipeg police officers are on the rise.

In the 12 months leading up to August, there were 331 incidents in Winnipeg in which assaulting a peace officer was the most prevalent charge against a suspect, said Dave Dalal, Winnipeg police superintendent of uniform operations.

That represents a year-to-year increase of 13 per cent, he said.

“Our officers are pushed, shoved, spat upon and kicked multiple times a day. They put up with it in the course of their job. At any given time, we have officers off with injuries,” Dalal said.

Officers have to deal with psychological fallout, including the feeling they’re not being supported by some members of the community, said Dalal.

There were hundreds more incidents in the last 12 months in which assaulting a peace officer wasn’t the most serious charge or the charge wasn’t laid at all, he said.

Incidents where a charge of obstructing a peace officer was laid were up by 32 per cent.

In some cases, officers are dealing with someone in crisis, Dalal said.

“Our officers are pushed, shoved, spat upon and kicked multiple times a day.”–Dave Dalal

Officers face a high level of violence while dealing with people who are intoxicated, he said.

He also noted a growing “disenchantment” with the policing profession.

That is due, in part, to a number of high-profile police killings, including the May 2020 murder of George Floyd in Minneapolis.

In that incident, fireworks were also launched at the police.

Officers intervened while two male teens dragged a female into a bush in an attempt to sexually assault her, RCMP reported.

She was taken to hospital with serious injuries. The suspects ran off.

Neighbours and police said hundreds of young people showed up for the party at a home on Saddleridge Lane, near Rothesay Street, in an upscale neighbourhood inside the North Perimeter Highway.

Video on social media showed people jumping on top of police vehicles and smashing a windshield as the situation spiralled out of control.

Additional RCMP officers, along with some from the Winnipeg Police Service, were called as backup.

The house where the pre-Halloween party was held sustained extensive damage, said police, noting excessive drug use and a severe level of intoxication among many of the partygoers.

The homeowner was out of the province at the time.

Investigators have identified dozens of people who were present.

“We will provide as much information as we can when we are able to do so,” she wrote in an email. “We appreciate that there is a lot of public interest in this incident as it affected many people as well as many police officers.”

RCMP officers regularly encounter violence, aggression and a lack of respect in their efforts to keep the public safe, Seel said.

“The incident in East St. Paul highlights what our officers sometimes encounter when responding to calls for service,” she wrote.

The National Police Federation, the union that represents RCMP officers, joined the national police force and Manitoba’s justice minister in condemning the violence.

“We fully support and echo statements from the Manitoba RCMP about how totally unacceptable and beyond disturbing the incident’s level of violence and racist language directed at responding officers was,” federation spokesman Fabrice de Dongo wrote in an email.

As a general assignment reporter, Chris covers a little bit of everything for the Free Press.