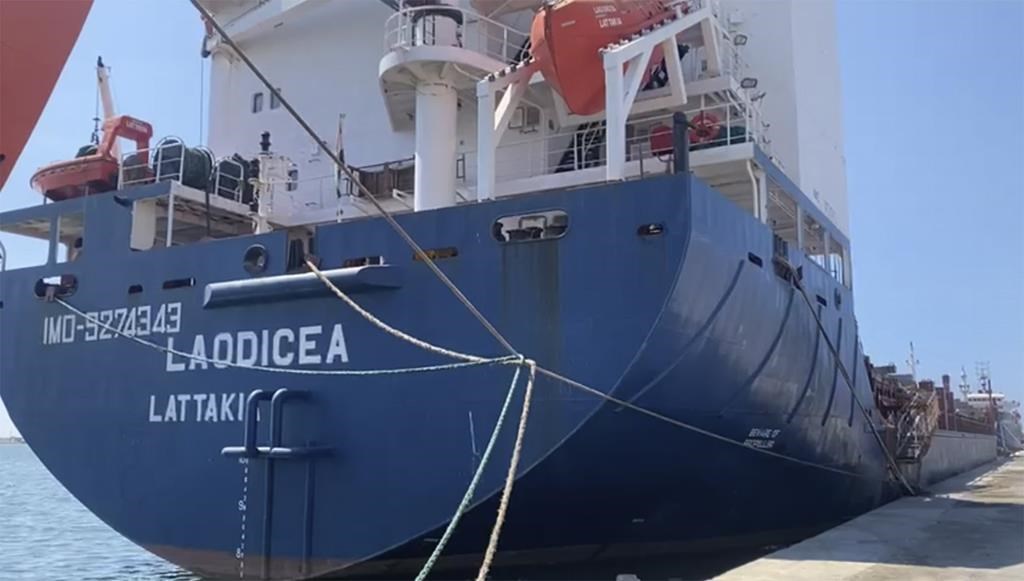 However, the Laodicea cannot immediately leave the port of Tripoli because a judge ordered Monday that it may not sail for 72 hours at the request of Ukrainian authorities. If the judge does not extend the order, the ship could sail in two days, a move likely to anger Ukraine.

A Lebanese port official confirmed that the ship is still in Tripoli and will only sail if its gets clearance from the judge of urgent matters by Thursday.

The judicial officials said the investigation into the ship, which docked in the port of Tripoli on Thursday and has been seized, showed it is not carrying stolen goods. The investigation was conducted by prosecutors and the intelligence arm of the Lebanese police, they said.

The judicial officials said a lawyer for the Ukrainian Embassy was headed to Tripoli on Tuesday with documents proving the ship is carrying stolen grain. They gave no further details.

The port and judicial officials spoke on condition of anonymity because they were not authorized to talk to the media.

The controversy surrounding the ship has underscored how tiny Lebanon, which borders Syria, has gotten caught up in Russia’s months-long war in Ukraine.

The Laodicea is carrying 5,000 tons of flour and 5,000 tons of barley that Ukraine’s Embassy in Beirut says was illegally taken by Russia. After the embassy raised the alarm, Lebanese authorities initiated an investigation.

The Russian Embassy has told Lebanese media that the Ukrainian claim was “baseless.”

The U.S. Treasury Department had sanctioned the Laodicea in 2015 for its affiliation with the Syrian government of President Bashar Assad, an ally of Russia.

According to the Ukraine Embassy, the Laodicea is among scores of vessels that Kyiv alleges have transported grain stolen by Russia.

Russia’s war on Ukraine that started in late February had prevented grain from leaving the “breadbasket of the world.” Together, Russia and Ukraine export nearly a third of the world’s wheat and barley.

On Monday, the first ship carrying Ukrainian grain set out from the port of Odesa heading to Lebanon under an internationally brokered deal to unblock the embattled country’s agricultural exports and ease the growing global food crisis.