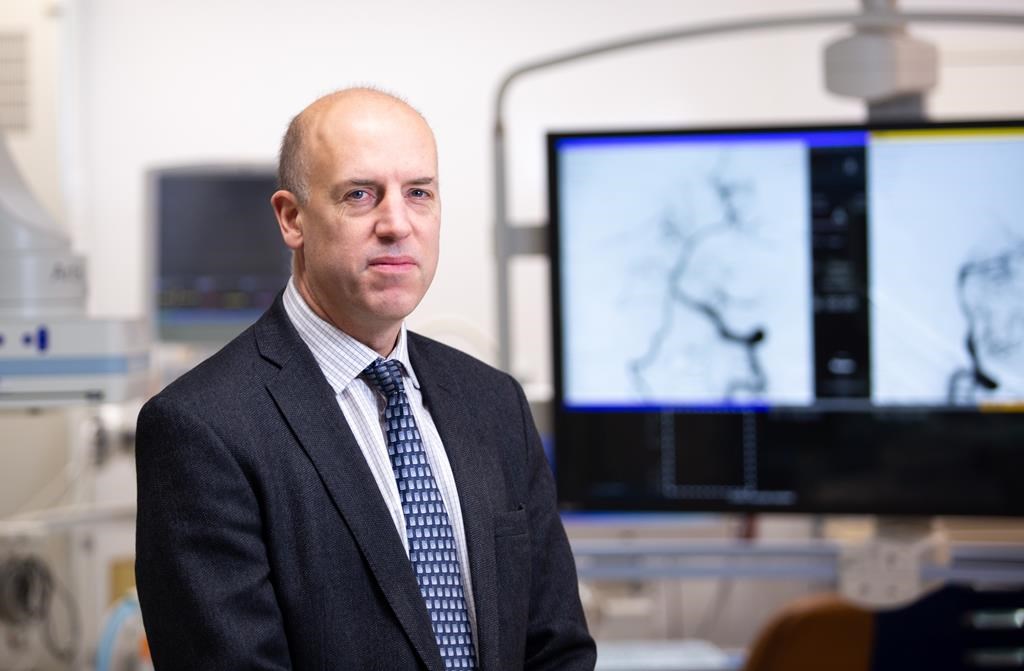 CALGARY – A new study from the University of Calgary says getting the annual flu shot may have a major health bonus other than fending off the latest strain of influenza — it may also lower the risk of having a stroke.

The results indicate vaccination against influenza should be strongly recommended for everyone, just as it is for those with heart disease.

“What we’ve found in about the six-month period after receiving an influenza vaccination, individuals seemed to be protected against having a stroke. The risk of having a stroke was reduced by just over 20 per cent and that was across individuals of all adult ages, both men and women,” said Dr. Jessalyn Holodinsky, a stroke epidemiologist and first author on the study published Wednesday in The Lancet Public Health.

Holodinsky said the reduction in the risk of a stroke was 23 per cent overall. The risk reduction in men was 28 per cent, but in women it was only 17.

“That’s likely stemming from males being at higher risk of stroke to begin with. Importantly, everyone (even the healthy) benefited to some degree.”

The data used was anonymous and accounted for several factors including age, anticoagulant use and risk factors, including chronic health conditions.

Dr. Michael Hill, a physician and principal investigator, said there is literature going back 25 years showing respiratory infections can be linked to strokes.

He said it only stands to reason that anything that would prevent a respiratory infection would lower the risk.

“Why does a heart attack or a stroke occur? What are the triggers? It turns out one of the triggers is recent upper respiratory infections and so the natural thing to ask is ‘what if you protect against that?’ And the one area we chose to look at was influenza,” Hill said.

Holodinsky said a secondary finding is the protective effect of the flu shot seems to be even stronger in subsequent years.

“We found that (in) individuals who were serially vaccinated every year, the risk was much lower as they increased the number of years of serial vaccinations,” she said.

Hill said one major cause of an ischemic stroke, which occurs when a blood clot blocks or narrows an artery leading to the brain, is a result of cholesterol plaque in the carotid artery. He said the plaque can be affected by respiratory infections.

“It actually infects the plaque that then causes stroke. We don’t know if these things are causative but it’s extremely interesting circumstantial evidence that there may be a direct, infectious relationship between a respiratory infection and a subsequent stroke,” said Hill.

The Canadian Institute for Health Information says stroke is the third leading cause of death in Canada, and more than 62,000 strokes occur each year.