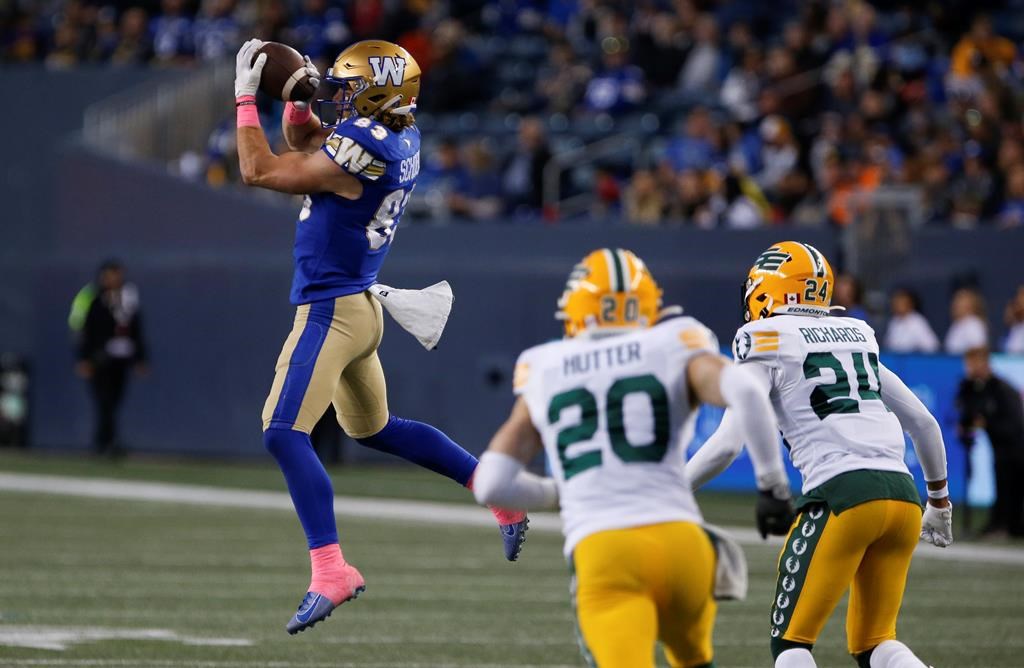 TORONTO – Receiver Dalton Schoen, quarterback Trevor Harris and defensive back Richard Leonard were named the CFL’s top performers for the month of October on Wednesday.

Schoen had 13 catches for 328 yards and five touchdowns in three games with the Winnipeg Blue Bombers. The rookie finished the season leading the CFL in receiving yards (1,441), yards per catch (20.6) and receiving TDs (16).

Harris completed 74-of-98 passes (75.5 per cent) for 992 yards and four touchdowns in three games with the Montreal Alouettes. On the season, the veteran quarterback threw for 4,157 yards and 20 TDs.

Leonard recorded 18 tackles, three interceptions and a TD in four games with the Hamilton Tiger-Cats. He ended the regular season with 64 tackles, a sack, four interceptions, one forced fumble and one touchdown.