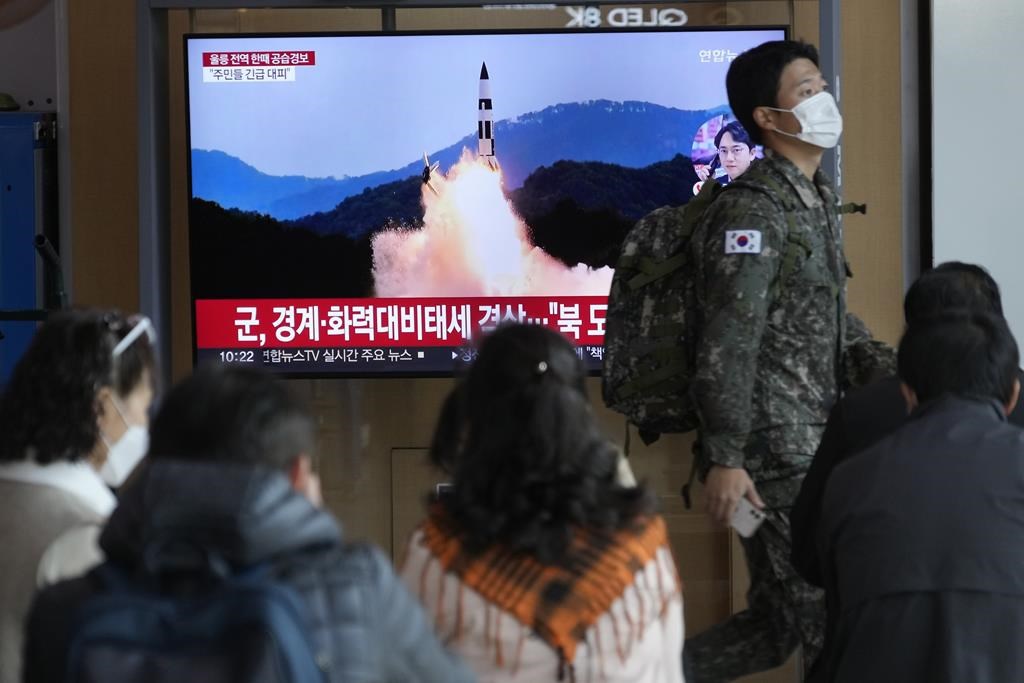 South Korea’s military says North Korea has fired at least one ballistic missile toward its eastern sea, the latest in a series of weapons tests that have raised tensions in the region.

Seoul’s Joint Chiefs of Staff didn’t immediately confirm what type of missile was fired Thursday or how far the weapon flew.

The launch came a day after North Korea fired more than 20 missiles, the most it has fired in a single day ever. One of those missile flew in the direction of a populated South Korean island and landed near the rivals’ tense sea border, triggering air raid sirens and forcing residents in Ulleung island to evacuate. South Korea quickly responded by launching its own missiles in the same border area.

Wednesday’s launches came hours after North Korea threatened to use nuclear weapons to get the U.S. and South Korea to “pay the most horrible price in history” in protest of ongoing South Korean-U.S. military drills that it views as a rehearsal for a potential invasion.