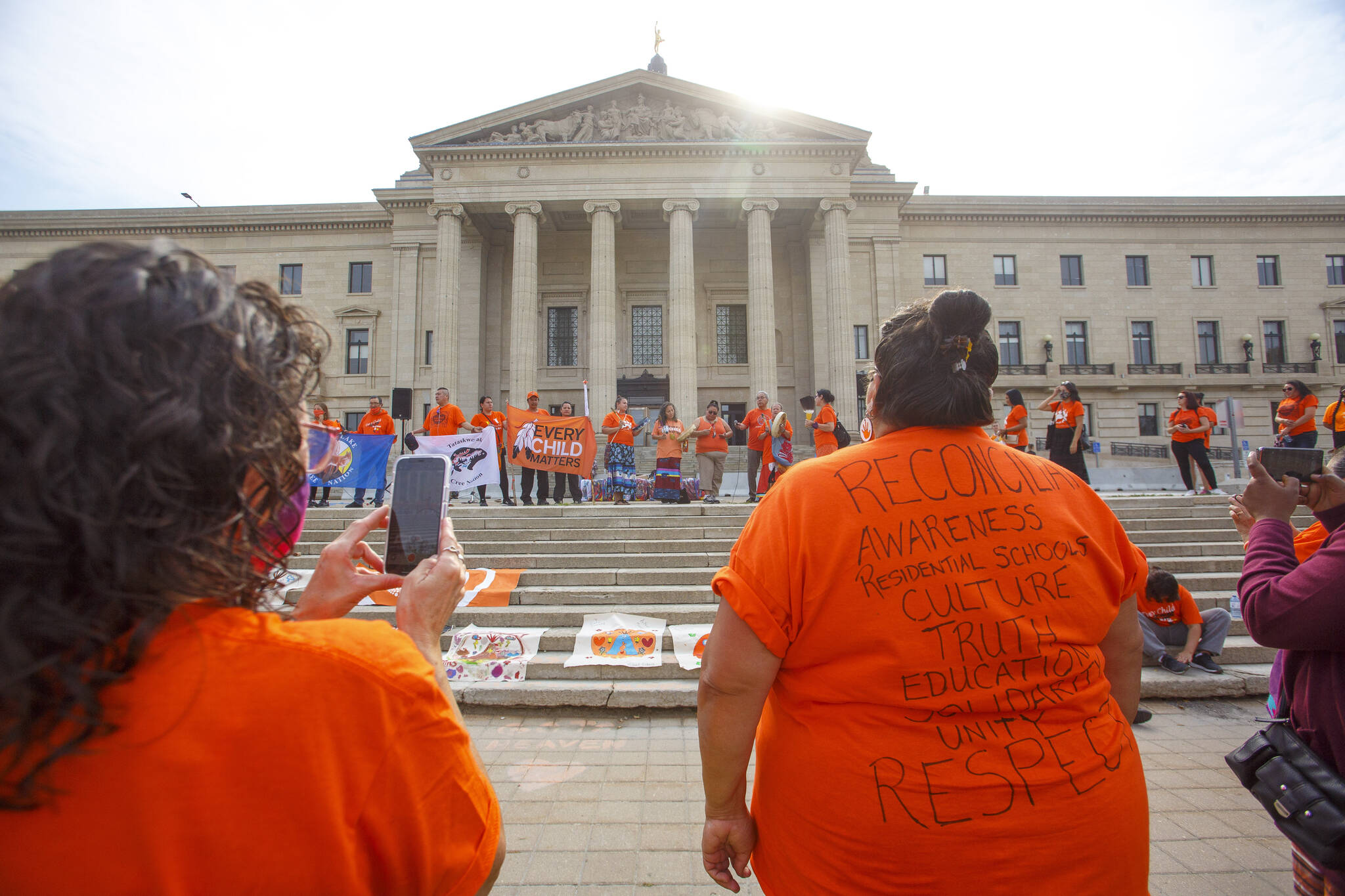 That was the response that Premier Heather Stefanson gave to The Canadian Press in July when asked whether there was enough time to formally designate Sept. 30 — the National Day for Truth and Reconciliation — as a full, provincial statutory holiday.

A private member’s bill from NDP MLA Ian Bushie that would have declared Sept. 30 as a provincial holiday died on the order paper late last year. At the time, Stefanson said she supported the idea of a holiday to mark Orange Shirt Day, as it has become known. She also suggested the NDP bill could be revived at some point.

Unfortunately, that did not happen.

Labour Minister Reg Helwer announced this week there wasn’t enough time to enact legislation to formally designate the holiday. He suggested government was working on its own bill — a previously unknown detail in this story — and had already started consultation with business, labour and Indigenous people.

Does that reflect a government that does not have the will and cannot find the way? The optics are not great for the Stefanson government.

After harpooning the NDP bill, the Tories refused an offer by the NDP to reconvene the legislature for a one-day special session to debate and pass it. Meanwhile, major business lobbies, such as the Winnipeg Chamber of Commerce, have said nearly three-quarters of their members support the creation of a new statutory holiday.

It should also be noted that under former premier Brian Pallister, the term “consultation” became code for burying a priority under months, if not years, of dithering. In other words, it was the process where good ideas went to die.

It also doesn’t help that Stefanson has retreated from the Orange Shirt Day gesture she made in 2021. Last year, anyone working in the provincial civil service, including school boards, had the day off. This year, civil servants are expected to work, but many school boards have moved on their own to cancel classes on that day.

Is the Tory government losing the will to follow through on this pledge, and burying the issue under a mound of consultation? There is evidence to suggest there is more going on behind the scenes than meets the eye.

For example, we have heard little about the statutory holiday proposal from Indigenous people themselves. Other than support for the federal holiday, which affects only federally regulated businesses, there has been cautious silence about a provincial stat.

Government sources confirmed that progress on a full statutory holiday designation has been delayed partly because of a lack of consensus among Indigenous groups and First Nations over exactly what should stay open, and what should stay closed. There is a spectrum of rules that govern “stat” holidays; some give most people the day off but allow retail and entertainment businesses to remain open.

One source said government is committed to a designation but it was impossible to work out the final details in time for Sept. 30 this year. “Nobody wants this to take longer than it has to,” the source said.

The saving grace for Manitoba is that no other province has declared the day a full stat holiday.

British Columbia considers Sept. 30 a “statutory day of remembrance” for employees in the federal and provincial public service. The B.C. government does eventually want to establish a full statutory holiday in 2023.

Alberta appears to be considering statutory holiday legislation, and various public entities — local governments, some police services, school districts — already close on that day. Saskatchewan lowers flags on government buildings to half-mast but does not give anyone the day off.

In most other provinces, it’s a mish-mash of gestures: ceremonies to recognize the day, independent decisions to close some offices but no compulsory time off for working people.

The national landscape suggests the Stefanson government has an opportunity to make some history here in Manitoba.

If the premier is committed to acting on her previous pledges, and sooner rather than later, Manitoba has the opportunity to establish the country’s first provincial statutory holiday to recognize Truth and Reconciliation Day.

Along with the recent decision not to appeal a court decision that said Manitoba improperly clawed back $300 million in special child-welfare payments — much of the money destined to support Indigenous children — the provincial government is starting to show some promising steps forward.

It is important to note that when Stefanson took over as premier last fall, she inherited a government that had lost all credibility on reconciliation. Earlier this year, Manitoba auditor general Tyson Shtykalo reported that the PC government had no strategy, and had made no progress, in living up to its commitments in the 2016 Path to Reconciliation Act, the province’s response to the national inquiry into the residential schools system.

There is still lots of work to be done on this file. In addition to definitive action on an Orange Shirt Day statutory holiday, Stefanson must decide whether to return all of the money clawed back from child-welfare agencies.

Those two gestures, on their own, do not make this a government that truly understands the concept of Indigenous reconciliation. But they will allow people to at least consider the possibility.

Born and raised in and around Toronto, Dan Lett came to Winnipeg in 1986, less than a year out of journalism school with a lifelong dream to be a newspaper reporter.

Credit: Stefanson has chance to make orange-coloured history if she decides to take it