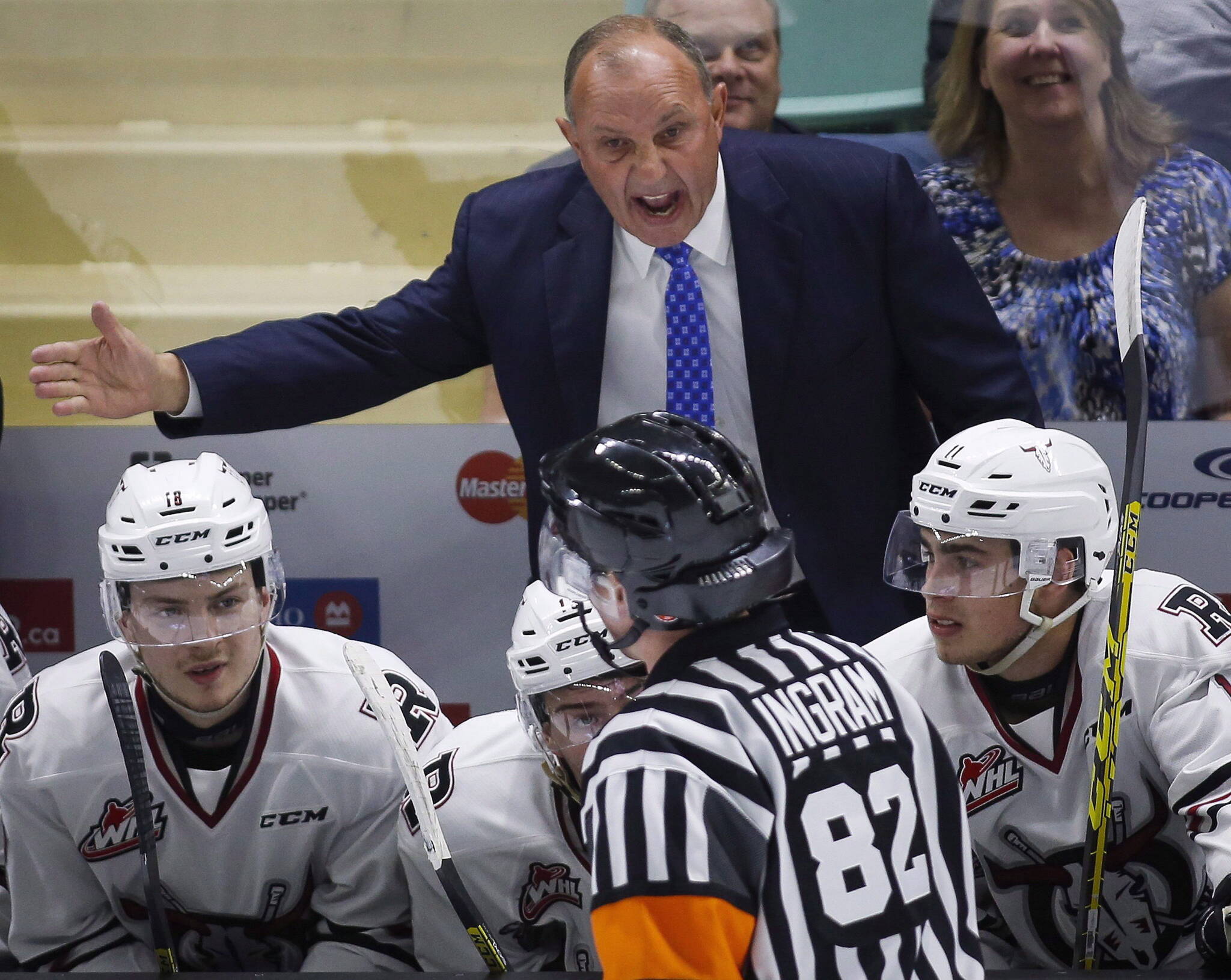 Brent Sutter is one of the most successful junior hockey coaches of the modern era.

He won a WHL championship and a Memorial Cup with the Red Deer Rebels in 2001 and guided Team Canada to gold at the 2005 and 2006 world juniors.

His teams have been a perennial contenders, which made his decision to step down as coach of the Rebels almost 19 months ago all the more shocking.

But the 60-year-old is his own man and as the owner of the Rebels, he had the option of remaining the club’s general manager while also operating his cattle ranch a 25-minute drive from Red Deer.

It appears to be a classic case of less is more.

The Rebels, who were 6-6-2-0 during the COVID-19 reduced 2020-21 campaign when Sutter kicked himself upstairs, were transformed into Eastern Conference heavyweights last season under the leadership of veteran bench boss Steve Konowalchuk.

Heading into Friday’s matchup against the host Swift Current Broncos, the club has won 13 consecutive games to start the regular season, establishing a WHL record along the way.

“The way the game is today, it’s tough to own a team, manage it and also coach it, right?” said Sutter by phone earlier this week. “The time commitment in the coaching now is 24/7 — it’s a lot of time and then when you’re managing a team, you’re not with the team as much as you should be because you’re travelling, watching other games, scouting and doing whatever. I just didn’t think it was the right thing at that point in time and that’s why I stepped away from it.”

The move has allowed Sutter, renowned for his no-nonsense approach, to change his relationship with his players.

“It’s more on a personal note, right?” said Sutter. “Before they would come and talk about things because you’re the head coach. Now, there’s other things they’ll come and talk to you about it. You’re someone that they can vent on, someone they can come and talk to, but I always tell them if you’ve come up to bitch about ice time, you can turn around and go right back downstairs.”

Hiring Konowalchuk, who has coached the Seattle Thunderbirds to a WHL title earlier in his career, but was pro scouting for the NHL’s New York Rangers at the time, has been a master stroke.

A lesser team might have crumbled with the off-season news that veteran goaltender Chase Coward, upon being examined by medical staff of the NHL’s Buffalo Sabres, was suffering from congenital defects in both hips that would require surgery.

The 19-year-old Coward went under the knife on one hip Oct. 26, must wait six weeks for a similar procedure on the other. He will require six months of rehab before he returns to the ice and is now targeting 2023-24 for a return to playing.

“I don’t think any of us thought we would start off like we have but one thing that’s been a real pleasant surprise for us has been our goaltending,” said Sutter. “It’s a long year — we know that. It’s been a great start to the season, obviously. But we also know that you know, it’s a long year and we’re in it for the long haul and want to have a good season.”

Red Deer’s big, mobile defence led by Christoffer Sedoff has been complemented by a nicely balanced group of forwards powered by Jayden Grubbe and Kai Uchacz, not to mention overage centre Ben King, a 52-goal man a year ago who will be sidelined until the new year by a lower-body injury.

“I think it has a lot to do with our depth and the experience these young kids have had the last couple of years,” said Sutter. “We’ve added some key pieces to play important roles on our team… they’ve grown with us and they’re all very quality people and they understand what it takes every day, what they need to do as far as players and they push everybody to follow their lead.”

Red Deer’s opening month and a similarly red-hot start by the 14-1-0-0 Winnipeg Ice sets up a collossal matchup between the two clubs next week. The Ice hosts Red Deer on Tuesday and Wednesday.

“We’ve been playing well without (King) in our lineup at this point in time but we’re certainly looking forward for him to get back when he does,” said Sutter. “You don’t replace a player like that. But at same time, Winnipeg’s got a very good team and we know we’ve got a good team. Like I said, there are five, six or seven teams in our league that really really good hockey and anybody can beat anybody any night.”

OVERSIGHT DEPT.: In Wednesday’s edition, the exploits of Winnipegger Ryan Hofer were highlighted during Tuesday’s WHL game between the Ice and visiting Everett Silvertips. What we failed to report was that another Manitoban, Caden Zaplitny, also scored for the Silvertips. The 18-year-old forward from East St. Paul had one goal and three points in 13 games heading into Wednesday’s game against the Brandon Wheat Kings. Meanwhile, defenceman Dexter Whittle of Virden and forward Kyan Grouette of Dauphin are also on the Everett roster.