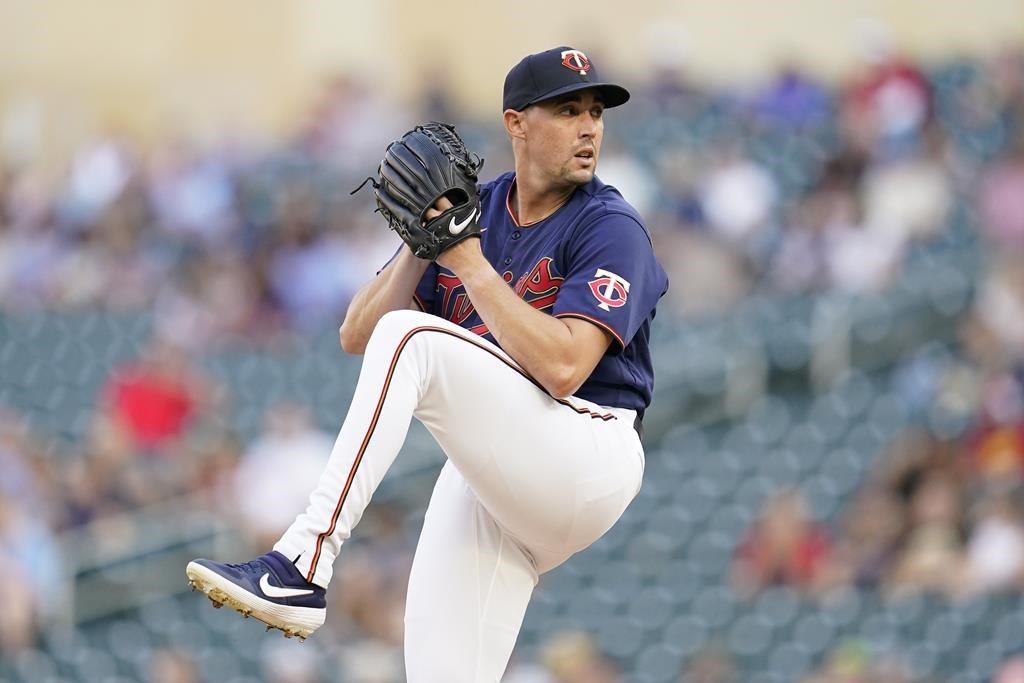 MINNEAPOLIS (AP) — Gio Urshela hit a game-ending, two-run homer in the 10th inning and Jose Miranda had three RBIs as the Minnesota Twins came back to beat the Detroit Tigers 5-3 on Monday night and maintain their one-game lead in the AL Central.

Akil Baddoo delivered a go-ahead single in the top of the 10th off Griffin Jax (5-2) against the team that drafted him six years ago.

Miranda responded in the bottom of the inning by driving in the automatic runner with a single, and then Urshela finished it with his high drive onto the grass berm beyond center field against Alex Lange (4-2). That kept the Twins alone in first place, just ahead of Cleveland after the Guardians beat Arizona in 11 innings.

Skubal gave up only three hits and two walks with eight strikeouts. He threw 77 pitches, his third-fewest of the season. The lefty is one of several Tigers who could be dealt before the trade deadline on Tuesday, with his team again well out of contention.

The Twins played their first of 20 home games in August, their most in a month since they played 22 times at Metropolitan Stadium in June 1977.

The turn of the calendar and the promise of home-field comfort couldn’t have come soon enough, after a 10-12 record in July that saw their slim division lead become even more precarious beneath the weight of a sputtering pitching staff.

Aaron Sanchez, who made seven starts for Washington with an 8.33 ERA earlier this season before being released, was called up from Triple-A St. Paul to fill in for Minnesota’s reeling rotation and provided five solid innings. Sanchez gave up four hits, including a two-out RBI single by Tucker Barnhart in the fourth, and one walk with eight strikeouts.

Twins left fielder Alex Kirilloff was out of the starting lineup for the second straight game because of soreness in his problematic right wrist that bothers him when he swings. He had a second cortisone shot during the All-Star break.

“Unfortunately, it just didn’t do what we thought and hoped that it was going to do,” Kirilloff said.

Kirilloff entered for two innings on defense after Kyle Garlick exited with right rib inflammation, but Tim Beckham batted for him and remained in the game once his spot in the order came up.

Nick Gordon almost single-handedly manufactured a run with two outs in the fifth inning, when he caught Skubal off guard following a flyout and stole second with the left-hander holding the ball on the back of the mound preparing for the next batter.

Skubal whirled around once he realized what was happening and sailed his soft toss to the left of shortstop Willi Castro, who was also late to break to cover second base. The errant throw allowed Gordon to take third, but Jorge Polanco flied out to end the inning.

Tigers: RHP Wily Peralta, out for the last month with a strained left hamstring, has rejoined the team with a target reinstatement on Wednesday, manager A.J. Hinch said.

Twins: C Ryan Jeffers, expected to miss another four to six weeks recovering from a broken right thumb, had surgery during the All-Star break to insert screws designed to accelerate the healing. His wife also happens to be 39 weeks pregnant with their first child, so the upside is he’s been able to spend extra time at home. The downside is the bulky cast.

“She’s like, ‘I’m not having this baby until you get this thing off your hand. It smells too bad,’” Jeffers said.

Tigers: RHP Matt Manning is slated for reinstatement from the 60-day injured list so he can start Tuesday night, the first appearance for the 2016 first-round draft pick since developing shoulder inflammation on April 16 that forced him off the mound.

“The decisions for next year will happen next year, but we need to get him as many healthy starts as he can handle,” Hinch said.

Twins: RHP Chris Archer (2-5, 4.04 ERA) is scheduled to take the mound for the middle game of the series, after a season-worst outing when he allowed six runs in three innings at Milwaukee last week. Archer’s turn in the rotation was pushed back one day, prompting Sanchez to be promoted.